'What If...?' Marvel Series Episode 1 Out; Here's How It Ties In With The Rest Of The MCU

Marvel's 'What If...?' is finally out and fans who are wondering if the show is important enough to tie in with the rest of the MCU, here's your answer - 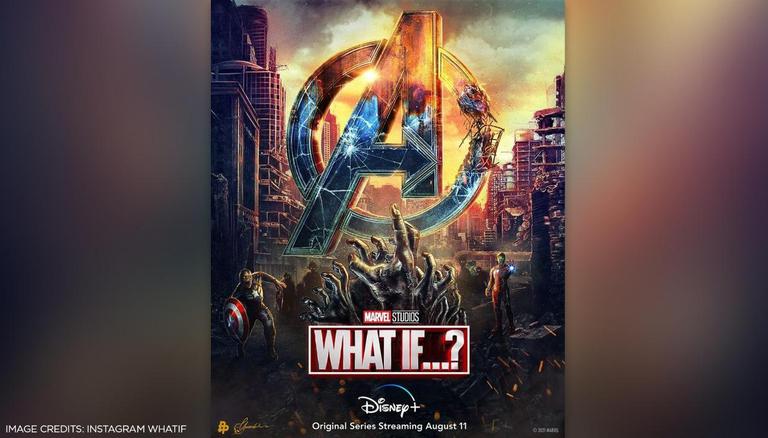 IMAGE - WHAT IF INSTA


The MCU has blown the door open for an array of possibilities! Marvel's What If...? released its first episode yesterday, with an intriguing premiere featuring Agent Peggy Carter from the Captain America films. The first episode however, makes several fans wonder how it will connect with future films in the MCU. Here's all you need to know (Warning: Spoilers below for Loki's finale and the first episode of What If...?) -

The finale episode of Loki saw Sylvie murdering the TVA's manipulative leader who is called 'He Who Remains', for now. Thanks to these events, the doors of the Multiverse have now been opened, leading us to the events of What If...?. The animated Marvel series What If...? sees Peggy Carter take the lead in episode one.

Hayley Atwell, who also played the role in the Captain America films, voices the character. The recently released series, which premiered yesterday, is based on the long-running comic series of the same name that debuted in 1977. While fans may think that this animated series isn't all that important to the MCU's future, the first episode has proven otherwise.

Fans of the comics will know that the appearance of The Watcher, Uatu, itself is proof that the series will prove crucial to future films and phases. This is because The Watchers are all-powerful beings who watch over the multiverses and are not allowed to interact with other characters. However, Uatu, voiced by Jeffrey Wright in the series, has done so on occasion even helping the Fantastic Four against Galactus.

READ | 'Captain Marvel 2': Brie Larson talks about how upcoming film has "so much going on"

Since we know that Marvel has a Fantastic Four film in the works for the future, there is a possibility that Wright's Watcher will be a part of it. Other than this, THR confirms that Hayley Atwell is already confirmed to play Captain Peggy Carter in the future season of What If...?. As for how What If...? ties in with the MCU, the unleashing of the multiverse created new branches of realities, which means that some of the characters you see on the series might just make their way to the live-action films in the future.

READ | Marvel's 'What If...?': Here are some mind-blowing fan theories that could be true

What If...? connection with Doctor Strange 2?

If you watched the first episode of What if...? then you saw an unlikely turn of events as the Red Skull used the Tesseract to open a doorway to unleash an Octopus-like creature he believed to be HYDRA's "champion." The beast could just be a reference to the comics, where HYDRA Captain America teams up with Madame Hydra (Elisa Sinclair) and gets in league with the Great Old Ones.

If the HYDRA beast is indeed the same one from the comics, our heroes are in big trouble. Not to mention the recent rumours which suggest that Shuma-Gorath, one of the most popular Great Old Ones, will be the main villain in Doctor Strange 2 or Doctor Strange: Madness of the Multiverse. keep in mind, that Shuma-Gorath is an embodiment of chaos with the power to destroy the realities of the multiverse by using his tentacles to create a ball of energy that rips apart a dimension.

The character has had numerous encounters with Doctor Strange in the comics over the years, one of which resulted in the Ancient One’s death.

IMAGE - WHAT IF INSTA

WE RECOMMEND
Jeffrey Wright talks about Chadwick Boseman's final role as T'Challa in 'What If...?'
Marvel's 'What If...?': Here are some mind-blowing fan theories that could be true
'Doctor Strange 2' Writer dishes on 'Multiverse of Madness' differences from first film
Marvel What If...? Release Date & Schedule: When Will Episode 1 release on Disney+Hotstar
Skipper Virat Kohli remembers his father; 'I sit down and think, what if he was here...'