Jamie Dornan revealed that Dakota Johnson was 'quicker' to offer up suggestions during filming the intimate scenes. Read on to know more. 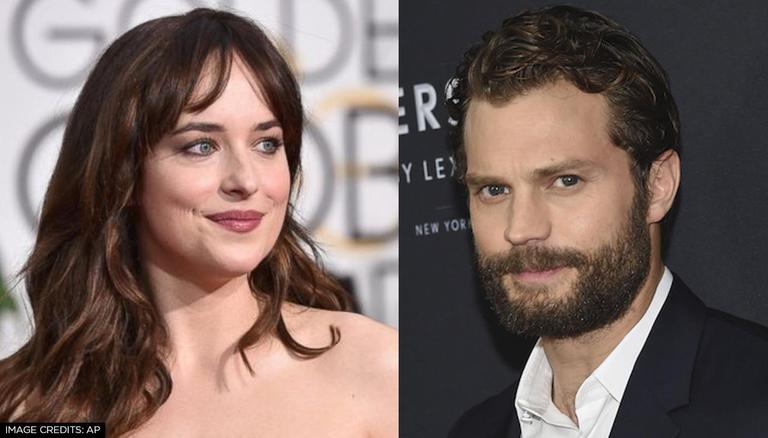 Dornan explained to Conan, "There is a more delicate, sensual way to do it. It’s thumbs to the side [of the underwear], and then you sort of shimmy it down." While speaking to ET, Johnson had earlier told that it takes 'serious psychological preparation' on her part to get into the right mind space for a Fifty Shades intimate scene. She revealed that she "really had to get ready for it each time and know exactly what we were going to do and how we were going to accomplish shooting the scenes, the more intimate ones." She added, "Over the course of the three films, it never got easier. It wasn't like, 'Oh, this old thing,' you know?"

WE RECOMMEND
'Persuasion': Dakota Johnson to star in Netflix adaptation; first look images emerge
Jamie Dornan talks about how 'creepy' fans got after he did 'Fifty Shades of Grey'; Read
'Fifty Shades' fame Jamie Dornan and Dakota Johnson reunite at Telluride Film Festival
Peter Dinklage reveals why he was reluctant to play Tyrion Lannister in ‘Game Of Thrones'
Dakota Johnson's father reveals she was cut off from family payroll post her high school