Judi Dench's grandson, Samuel Williams recently recalled the time when Ed Sheeran's fans mobbed him at his concert for being mistaken as the Perfect hitmaker. 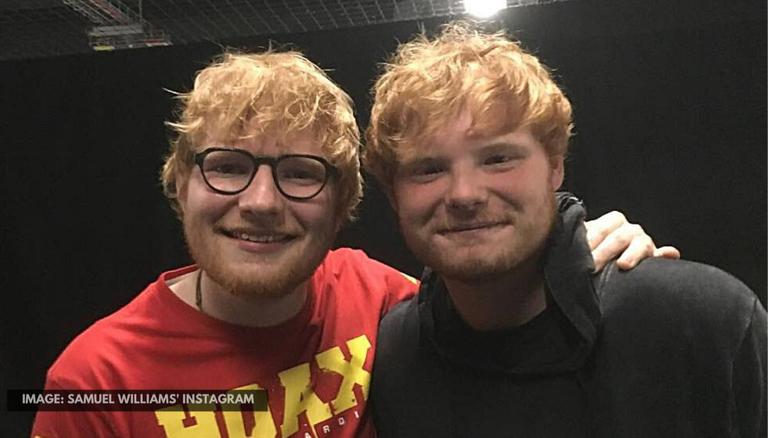 
Shakespeare in Love star Judi Dench's grandson, Samuel Williams, recently recalled the time when a crowd mobbed him as he was mistaken for the sensational English singer, Ed Sheeran, at one of the concerts of the latter. In his latest interview with a British tabloid, the Ed Sheeran lookalike shared an anecdote about how the Shape of You hitmaker had to come for his rescue when his fans flocked around Williams to take selfies with him. During his interaction, the 24-year-old also revealed being reached out to serve as Sheeran's body double twice but he turned down the opportunity.

Judi Dench's grandson recently reminisced about the time when he attended an Ed Sheeran concert and had fans "jumping around" him for photos as he strongly resembles the four-time Grammy-winning songster. In an interview with The Sun, Samuel Williams said he was in the crowd at one of Sheeran's shows and it suddenly became "very tight" as people were "jumping over to get a photo" despite him assuring everyone that he was not the Perfect crooner. However, to Samuels' luck, the 30-year-old singer, along with his team, saved the day for him as they helped him move away from the crowd.

Spilling the beans on the same, the doppelganger of Ed Sheeran told the publication that when he met up with him, the pop icon explained to him that he was responsible for sending in the rescuers in the form of his security guard. Samuels recalled saying Sheeran told him that he had sent his guard upon witnessing that he needed help. Furthermore, Judi's grandson spoke about being one of the biggest fans of the Castle on the Hill singer and jokingly referred to himself as a "human calculator" as he has Sheeran's album titles tattooed on his body, i.e. "Plus", "Multiply" and "Divide".

Sam Williams also revealed having met with the singer-songwriter twice and was all praises for him. He called Ed Sheeran "the most down to earth guy". In fact, he was also approached to work as Sheeran's body double twice, revealed his grandmother and the six-time British Academy Award-winning actor, Judi Dench. But, for undisclosed reasons, Williams turned down the offer both times.

Check out Ed Sheeran's photo with Samuel Williams from when they met below: