Actor Will Smith shared a video through his YouTube channel of him and his son Jaden Smith shooting for an ad film for their water bottle brand Just Water.

Willard Carroll Smith Jr., popularly known as Will Smith, is an American actor, rapper, and film producer. He gained fame as a rapper in the late 1980s and was known as The Fresh Prince. The actor has won four Grammy Awards in his career. The father of three often shares videos on his YouTube channel which has over 9.17 million subscribers. In Will Smith's videos, one can see the actor in his daily life, going for adventures, striking things off from his bucket list, spending time with his family, and meeting celebrities. In one of his older videos, the Pursuit Of Happyness actor had explained why was it difficult for him to work with his family.

Will Smith and Jaden Pinkett-Smith shooting for Just Water

Will Smith had shared a video on his YouTube channel in 2019 titled 'This is why you can't work with family!'. In the video, Will was directing an ad film with his son Jaden Pinkett-Smith for their water bottle brand. Will, who was the director of the ad film, at first asked Jaden to change his clothes and then stood holding a huge placard with the script written on it. Jaden, who was asked to take several takes, finally managed to meet Will's expectations but then moved from his spot in excitement. In between, the Men In Black actor also called his daughter Willow to come down and read a few lines instead of Jaden. After one serious take, Will Smith, who was not thrilled yet, asked Jaden to read like a normal person. From aeroplanes crossing by to Jaden awkwardly drinking water, the two finally shot the entire video. At the end of the video, Will sarcastically said, "That was easy".

Fans of the actor had expressed their views on the video with hilarious comments. Many of them had commented with his lines from the video while some had taken their sarcastic expressions to next level. One of the users had said that if there was a show named 'Keeping up with Will Smith', she would never miss an episode. 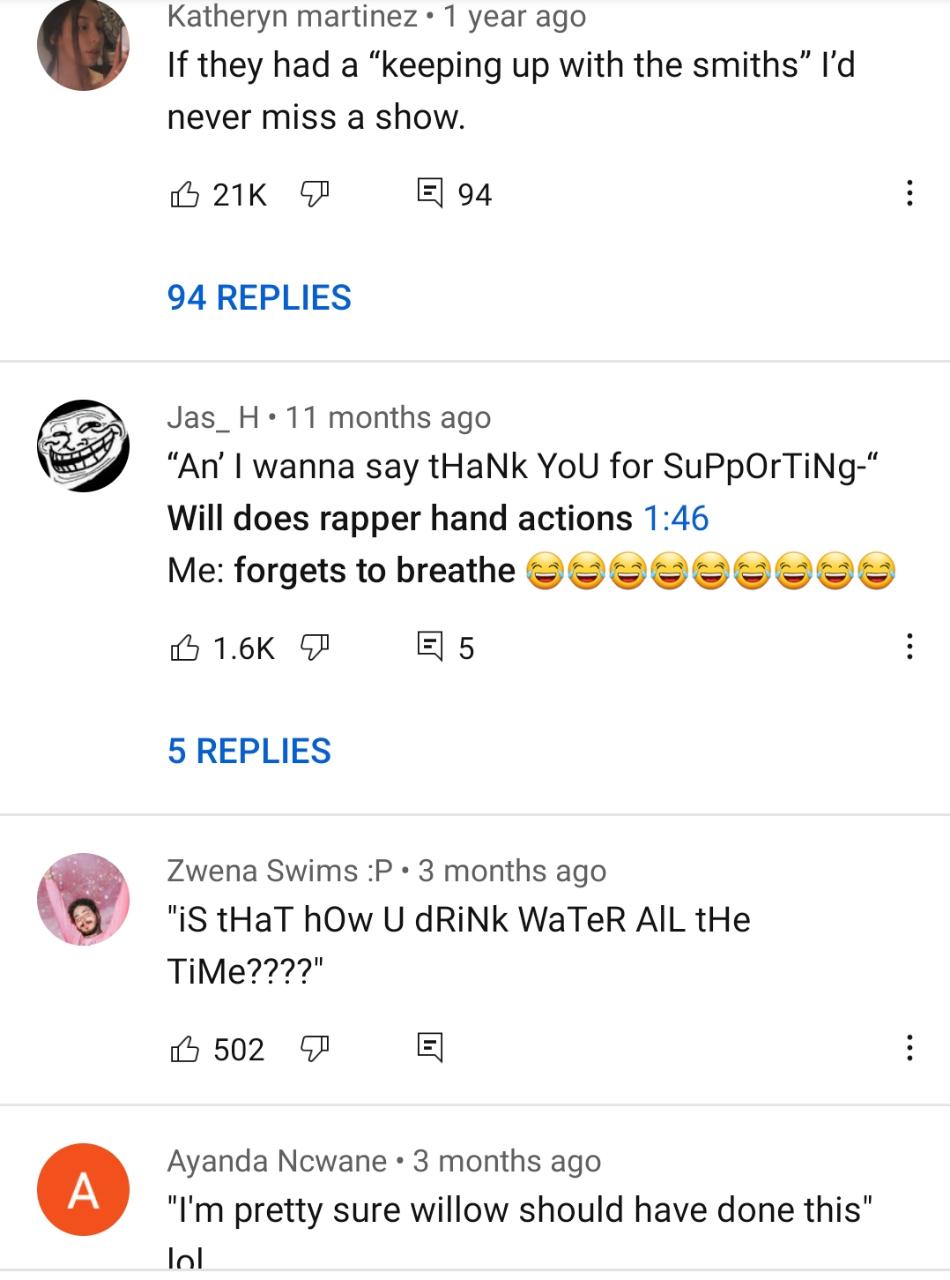 Jaden Pinkett-Smith is the son of Will Smith and Jada Pinkett Smith. He started his career in acting at the age of eight starring opposite his father in the movie Pursuit Of Happyness. Jaden, who is an actor, singer, songwriter, and rapper, has worked in several movies including The Karate Kid, The Karate Kid 2, Life In A Year, and After Earth. At the age of 10, Jaden came up with the idea of Just Water, a bottle of fresh drinking water in paper packaging when he saw plastic bottles floating in the ocean while surfing.