Who Is Carnage? All You Need To Know About The Villain Of 'Venom: Let There Be Carnage'

Who is Carnage? Is a question that has been asked by many since the debut of Venom 2's trailer. Read on to know everything about the iconic comic book villain. 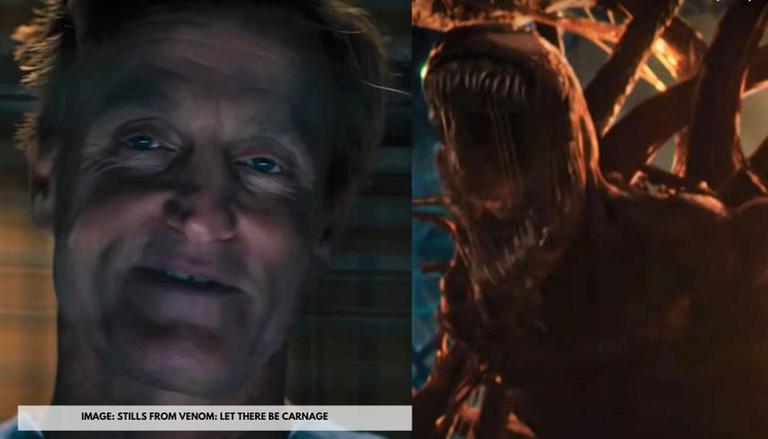 IMAGE: Stills from Venom: Let There Be Carnage


Venom 2's trailer gave its viewers their first look at Woody Harrelson's Cletus Kasady aka Carnage. The trailer sees Harrelson's Cletus Kasady bonding with a red and black symbiote variant within the confines of the Ravencroft Institute. Ravencroft Institute is the establishment where most of Spiderman's superhuman foes were created and occasionally even tested upon after the human hosts successfully bonded with the other-worldly or man-made entities. This article essentially traces the origins of Cletus Kasady's supervillain avatar and sheds light upon how was Venom 2's villain created in the comics.

Who is Carnage and how was he created?

In the comic books, Carnage's Origin can be directly traced to the Venom symbiote that has found a host in Eddie Brock. As per the comics, a chance encounter between Brock and Kasady is attributed to Carnage's creation. It so happened that, in the comics, after a battle with Styx, a yet another known character, its former host, Eddie Brock was incarcerated in a prison for "normal" humans after the Venom symbiote was presumed dead. As it turned out, his cellmate was Cletus Kasady, who is a psychotic murderer serving eleven consecutive life sentences in Ryker's Island in the comics.

Not too long into the interaction between the two, they developed an antagonistic relationship. In the comics, it is later revealed that the Venom symbiote was not dead, but merely incapacitated for a time. After it recovered, it sought Eddie out and re-bonded with him, post which both of them departed to resume Brock/Venom's quest for revenge against Spider-Man. The Venom symbiote, around this time, was looking to spawn, which it did in the confines of the cell that also housed Kasady.

The newborn symbiote then sought out the nearest available host, which turned out to be Kasady. The entity entered his body through a cut on his hand, where it amalgamated with his blood. This led to the creation of a black-and-red creature that looked like Venom, but Kasady dubbed it himself as 'Carnage'. In the months that followed, Carnage went on a killing spree and left the message "Carnage Rules" written in blood at the scene of each murder he committed during that time.

About Venom: Let There Be Carnage:

Venom: Let There Be Carnage is an upcoming Andy Serkis directorial that introduces the first of the rumoured several villains of the Venom universe, namely Carnage aka Cletus Cassidy. In the film, Venom 2's villain, Carnage's origin story differs from that of Its comic book counterpart as the trailer indicates that Carnage was a result of a laboratory experiment involving a symbiote and Kasady (Harrelson) gone wrong.

It is believed that the makers of the film are also aiming for a universe of their own that will feature all of the supervillains of the Spiderman universe. The upcoming sequel to the superhero film, which has been described as buddy-cop dramedy by many, is scheduled to release sometime during September of this year. Venom 2 cast includes the likes of Amber Sienna, Michelle Williams, Naomie Harris, and Reid Scott, amongst others. More details regarding Venom 2 cast and crew members will be shared with the readers as and when they are made available.

IMAGE: Stills from Venom: Let There Be Carnage