Who Is Rich Paul? Here Are Details Of 'Hello' Singer Adele's New Boyfriend

Who is Rich Paul? After sparking romance rumours with a new man in her life, here is everything you need to know about Adele's new beau. 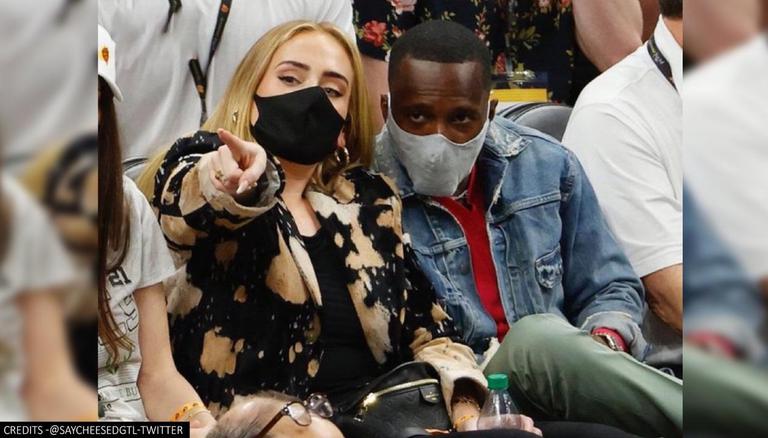 
Following her high profiled divorce with Simon Konecki, Hello singer Adele made headlines for her dramatic transformation after losing weight. The British singer is once again in the limelight after sparking romance rumours with a mysterious man. After being spotted a few times with him, fans have been wondering who is Rich Paul, a name popping up as Adele's new boyfriend.

According to a report from People magazine, a source confirmed that Adele is in a relationship with a man called Rich Paul. The 33-year-old singer is confirmed to be dating the 40-year-old Rich Paul for a few months. After the rumours, the couple made their first public appearance at Game 5 of the NBA Finals between Milwaukee Bucks and Phoenix Suns.

Who is Rich Paul?

Based in Cleveland, Ohio, Rich Paul is an American Sports agent and the founder of Klutch Sports Group. The 40-year-old is known for representing some of the biggest Basket players namely LeBron James, Ben Simmons and Trae Young. In a profile called The New Yorker, an NBA general manager notoriously described Paul as being relentless in getting what his players want and would go to any lengths to achieve it.

Paul now stationed in Beverly Hills was born and raised in Cleveland, Ohio where he went to enrol in the University of Akron and later in Cleveland State. After the death of his father due to Intestinal cancer, Paul dropped out of college to find a career in Sports. Paul met LeBron James in 2002 after which the duo started working together. After working in Leon Rose at Creative Artists Agency, the experience earned him enough to start his own agency.

Touted as one of the best selling artists in the world, Adele delivered several top-charting hits and sold-out albums in her career. Her songs like Hello, Rolling in the Deep, Set Fire to the Rain, Skyfall and Someone Like You remain some of the biggest hits by the singer. After her massive success with the album titled 25, fans are excited for the next album and awaiting an announcement on Adele's Instagram.

READ | Adele's 'Hello' has a hilarious new mashup with Bobby Deol; check out

WE RECOMMEND
Adele attends NBA finals with LeBron James' agent Rich Paul, sparking dating rumors
Adele to explore what she has been going through in new album: Reports
Adele to share custody of her son Angelo with ex-husband Simon Konecki after divorce
Adele celebrates being 'Thirty Free' with rare photos; fans ask if it's a new album
Adele and husband Simon Konecki get officially divorced; read details