Will Johnny Depp Testify Once Again In The Defamation Trial Against Amber Heard? Read Here

Recently, the latest update on Johnny Depp and Amber Heard's case revealed that Depp will testify once again in the defamation trial against Amber Heard. 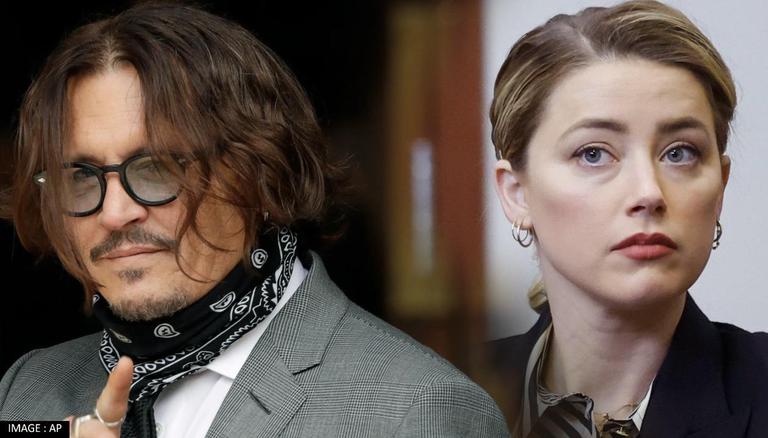 
Actor Johnny Depp's legal battle with ex-wife Amber Heard has witnessed several ups and downs, with both sides trying their best to win the case. The case is taking shocking turns with new revelations coming out with each passing day.

Johnny Depp and Amber Heard created quite a stir online after Depp filed a defamation suit against Heard. The defamation suit came after Heard wrote about domestic abuse in The Washington Post indirectly hinting at her turbulent relationship with the latter. Recently, the latest update on the case revealed that Depp will testify once again in the defamation trial against Amber Heard.

As per the reports of Deadline, a close source to Depp's legal team revealed to the portal that the Pirates of the Caribbean actor will certainly take the stand next week. The City of Lies actor will be called by the defence on Monday as a third witness on the stand.

READ | Did Johnny Depp cut the tip of his own finger? Amber Heard's witness makes revelation

Reportedly, he will follow an anatomy expert and an IPV expert in the last week of the trial. Moreover, Judge Penny Azcarte has ordered that the closing arguments should occur on May 27.  For the unversed, Depp last appeared on the stand, in the Virginia-set trial over two weeks ago.

Actor Eva Green had earlier shared screen space with Johnny Depp in the 2012 film Dark Shadows. Two days back, Eva took to her official Instagram handle and shared a throwback picture of herself with Jonny Depp in which both the stars can be seen posing with each other.

Along with the picture, Eva also penned a cryptic note expressing her thoughts on the ongoing defamation trial between Amber Heard and Johnny Depp by siding with the latter. She wrote "I have no doubt Johnny will emerge with his good name and wonderful heart revealed to the world, and life will be better than it ever was for him and his family "

As soon as Eva Green posted the note on Instagram, numerous Johnny Depp fans took to the comments section and expressed their reactions to the ongoing defamation trial.