Will Smith's 'worst shape' to 'best shape' transformation in just 6 months will surely serve as inspiration for people seeking to get fitter. Take a look - 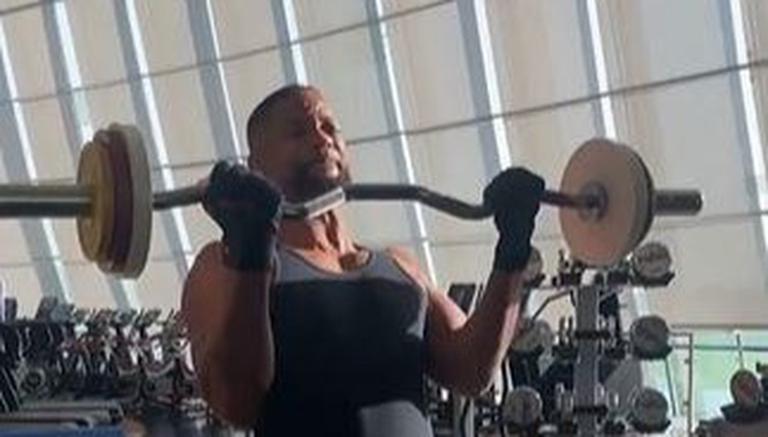 
Will Smith had been honest and did not hide the fact that he was in the 'worth shape' of his life a few months ago. The Hollywood star seems to have worked on his fitness, and today, he is in the 'best shape' of his life. The actor recently gave a glimpse of it on Instagram and it surely serves as an inspiration to take fitness seriously.

The I am Legend artist seems to be taking it so seriously that he is working on Sundays too. He said that the day known for relaxing and spending time with loved ones was not meant to be for rest alone.  And neither was it for 'muffins', he jokingly mentioned.

Will Smith posted a video that starts with someone's message to 'get up'. He then wakes up from his bed in panic while shooting a selfie video, as he heads straight to the gym.

At the gym, he performs various exercises, which include lifting different types of weights, running, sit-ups and pull-ups. He captioned that post as 'Sundays aren't an excuse for muffins'.

READ | Will Smith reveals 'open relationship' with wife, once wanted 'harem of girlfriends'

Not just exercises, he seemed to be paying attention to his diet too. In the caption for the post, he wrote, 'And to think Sundays used to be for muffins'.

It was in May this year when Will Smith had given a glimpse of the 'worst shape' of his life. He could be seen with some belly fat in the photo. He had then poked fun at himself, saying that he was going to get 'real' with his fans. He then announced that he was clearly nowhere near his best shape.

Meanwhile, on the professional front, the 53-year-old is working on the movie King Richard. The movie traces the story of Richard Williams, father, and coach of the legendary tennis player, Serena Williams.

READ | Will Smith opens up about the worst film he has starred in; 'it’s a thorn in my side'

The movie will release on November 19 in the United States of America.  The film has been directed by Reinaldo Marcus Green and written by Zach Baylin. It will also be streamed on the HBO Max at the time of the release.