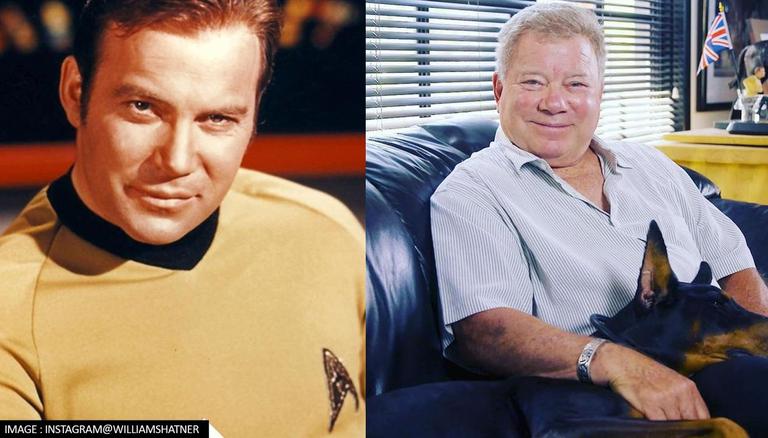 
After the TV producer, Bryan Fuller recently began a fun Halloween trend on social media and created a buzz among the fans, Star Trek fame William Shatner made his contribution to it and shared a series of scary memes.

Many of his fans reacted to the memes shared by Shatner and even recalled his character from the Star Trek franchise. Other fans also shared more memes and jokes under his social media post.

William Shatner, the popular actor from Star Trek, recently took to his official Twitter handle and shared a scary meme of Star Wars that depicted a galaxy in which it was written "A long time ago, in a galaxy far, far away…." The actor posted this meme in response to Bryan Fuller’s tweet that stated, “DAY 3 OF 31 SCARY SCENES THAT MADE AN IMPACT THE FIRST TIME I SAW THEM." He also posted an iconic picture from the Universal monster movie, The Creature From The Black Lagoon.

Here’s my contribution of a real scary scene 👇🏻😘 https://t.co/1IqQ1WvR8k pic.twitter.com/KzV5WUZeaj

Many fans reacted to the meme by adding laughing emojis in the comments section while others added more funny yet scary memes. A fan wrote "Beginning of The Last Jedi" while the other one wished that it was lost in space. Take a look at some of the fans' reactions to William Shatner’s latest meme on Star Wars.

Wish it were lost in space!

Beginning of The Last Jedi

Jeff Bezos’ space travel company, Blue Origin, recently announced that William Shatner will take off to space from West Texas on October 12 and will become the oldest person to reach space. The actor also shared the news with his fans in a recent tweet that stated, "So now I can say something. Yes, it’s true; I’m going to be a “rocket man!” Shatner will be joining three crew members, out of which two of them will be paying customers.

William Shatner gained massive popularity from his stellar performance in Star Trek and has been continuing to win the hearts of his fans by showcasing his talent in numerous movies and TV shows. The actor has essayed a variety of roles in many projects and is now gearing up for a couple of his upcoming movies and tv shows. He will be voicing the role of a narrator in the upcoming movies namely William Shatner: War Chronicles: German and A Tear in the Sky. He is also gearing up for a TV show named The Elevator whose release date hasn’t been revealed yet. Shatner recently made an appearance in one of the episodes of WWE PPV and My Life is Murder and even starred in recently released movies such as Senior Moment, Creators: The Past, To Your Last Death, Devil's Revenge, Fireheart, Aliens Ate My Homework and many others.