Willow Smith recently opened up about the 'intense racism and sexism' she saw her mom face back in the day. Read ahead to know more about what she had to say. 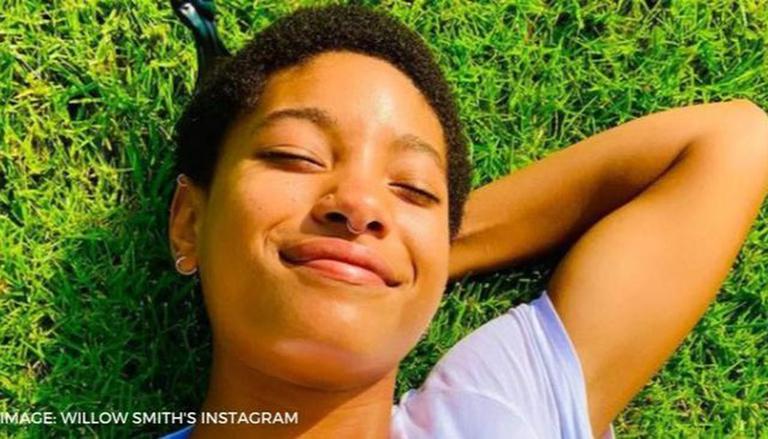 
Willow Smith recently opened up about the "intense racism and sexism" she saw her mom faced years ago. She realized this when she accompanied Jada Smith on tour with her nu-metal band Wicked Wisdom as a kid. Here's what Willow had to say about it.

In a recent interaction with L'Officiel, Willow Smith spoke about the racism and sexism that her mom, Jada Pinkett Smith faced and added she got so much “hate.” She said that it was “intense” and “just packed on to the tens.” Further, she revealed that people were giving her mom death threats and throwing the glass at her onstage and other crazy stuff happened when Jade was touring with her band.

Willow has recently released her singles Lipstick and Transparent Soul and she is reminded of the adversity her mother faced from the same music community. Speaking of the same, she said that she got to see hate firsthand and it was so scary to her, she thinks that she internalized a little bit. Every time she gets this kind of feeling, she goes back to the memories of her mom and how she would deal with physical danger by rising above it. Her mother was scared but she showed her what "womaning up" was, by taking a stance and not being afraid of other people's judgements and perceptions. The Lipstick singer wanted to go within “that” place in herself and try something new, regardless of her insecurities.

Willow’s upcoming album Lately I Feel Everything features collaborations with Travis Barker and Avril Lavigne, as she hopes to foray into heavy metal and ultimately bring more Black representation to the genre. Talking about it, she said that she wanted to fulfil the desire that she had ever since she was 10 or 12 of being a Black woman and singing rock music.

Earlier this month, the singer also told V Magazine that being a Black woman in the metal crowd is very different on top of the pressures that the music industry puts on one. It’s like an added pressure of the metal culture, the metal world, and rock in general. She also used to get bullied in school for listening to Paramore and My Chemical Romance. Willow Smith went on to explain that the music she is putting out currently and the representation that she is bringing is a hope that the Black girls who are listening to her music and her album see that there are more of them out there.

READ | Willow Smith on being polyamorous, 'it give freedom to create relationship for yourself'

READ | Willow Smith, Bella Throne and other celebrities who revealed they are Polyamorous
READ | Avril Lavigne, Willow Smith spotted shooting in LA as they team up for new pop-punk track

WE RECOMMEND
Jada Pinkett Smith shares an unpublished poem by Tupac on his 50th birth anniversary
Why did Salma Hayek want Jada Pinkett Smith to bare her body for Nada Se Compara?
Avril Lavigne, Willow Smith spotted shooting in LA as they team up for new pop-punk track
Salma Hayek reveals she lost Trinity role in 'The Matrix' for an "embarrassing" reason
Paris Jackson says paparazzi caused her long-term trauma