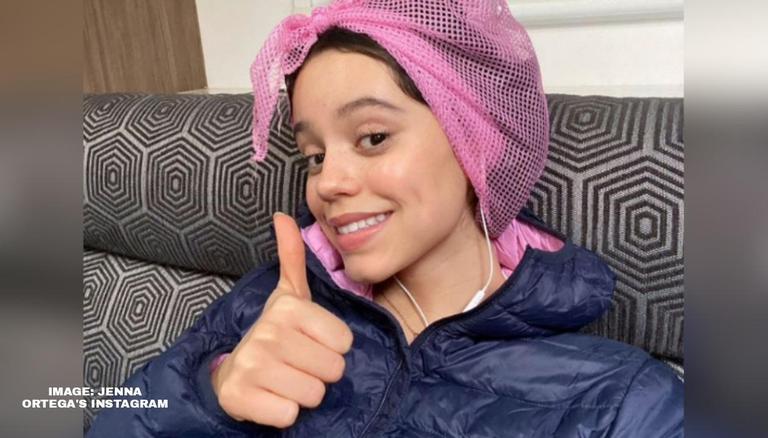 
YOU actor Jenna Ortega is set to appear in the forthcoming live-action series Wednesday. Interestingly, Netflix announced it on its official Twitter handle on Wednesday, May 19, to reveal that Jenna will be appearing in the titular role of Wednesday Addams in the series Wednesday. Netflix's Twitter post showed Jenna holding the script of Wednesday in her hand that said: "Chapter 1" along with the details that read, "written by Alfred Gough and Miles Millar", "directed by Tim Burton", and revealed it is based on characters created by Charles Addams. The tweet was titled "Happy Wednesday! @JennaOrtega  will play the iconic Wednesday Addams in our upcoming live-action Wednesday series, directed by Tim Burton."

According to TV Line, Addam Wednesday is a student at Nevermore Academy and she attempts to master her emerging psychic ability. Wednesday embarks on a journey to prevent a monstrous killing spree that has terrorized the local town. The only daughter of Addams family, she also tries to solve the supernatural mystery that embroiled her parent more than two decades ago and attempts to navigate her new and very tangled relationships at Nevermore.

Netflix's Wednesday is a coming-of-age tale that will feature eight episodes. Tim Burton will make his TV directional debut in this project. He will also serve as executive produces along with Steve Stark, Kayla Alpert, Gail Berman, Jonathan Glickman for Glickmania, Kevin Miserocchi of the Tee and Charles, and Andrew Mittman for 1.21. The creators Gough and Miles Millar will also sever as showrunners and executive produces.

A look at Jenna Ortega's shows

Jenna Ortega made her acting debut in 2012 with a guest appearance for Rob in the episode "Baby Bug" and she made her film debut in 2013's Iron Man 3 in a minor role as the vice president's daughter. She then featured in the supernatural horror film, Insidious: Chapter 2 and The Little Rascals Save the Day, and she appeared as a recurring character of  Zoe Leon in the series Rake. She gained recognition for her role as the younger version of Jane in The CW's Jane The Virgin. Her other notable roles include Harley Diaz on Disney's Stuck in the Middle, which fetched her Imagen Award for Best Young Actor on Television in 2018, and Ellie Alves on the Netflix thriller series YOU.

READ | Charlize Theron, Kerry Washington's look in Netflix's 'The School for Good and Evil' out