Zendaya said she and her 'Spider-Man: No Way Home' castmates enjoyed every moment while filming the 3rd movie as they weren't sure if there will be another one. 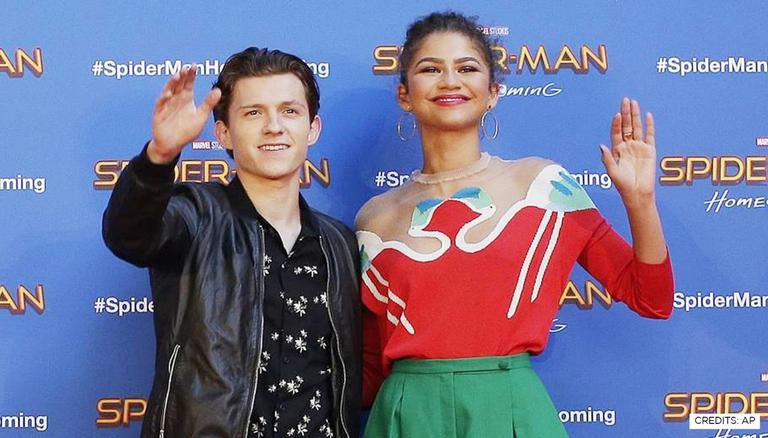 
Actress Zendaya opened up about her experience of working with her castmates on Marvel's superhero movie Spider-Man. Zendaya has been playing the role of MJ in the movie since 2017 and will be reprising the role in the upcoming movie Spider-Man: No Way Home. In an interview, Zendaya said that she was grateful for starring in the Marvel superhero reboot series, especially because of the friendships she formed with her costars.

Zendaya on her co-stars of Spider-Man

Zendaya first portrayed MJ in the 2017 movie Spider-Man: Homecoming, reprising the role in 2019's Spider-Man: Far From Home as well as the upcoming Spider-Man: No Way Home in December. The movie series features Tom Holland as the Spider-Man alongside Jacob Batalon, Laura Harrier, Tony Revolori, and Angourie Rice. The actress told Daily Pop, "We were all just absorbing and taking the time to just enjoy the moment, being with each other and being so grateful for that experience. It's pretty special to have grown up altogether." Zendaya also opened up about filming the third edition of the Spider-Man series and said it was a 'bittersweet' experience since they "don't know if we're gonna do another one."

A post shared by Tom Holland and Zendaya 🇧🇬 (@tomhollandandzendaya)

Earlier this month, Zendaya and Tom Holland were spotted sharing a kiss in the latter's car. The duo has time and again denied being involved romantically with each other. The duo is yet to make any official statement about their relationship. While it was rumoured that Zendaya was earlier dating her Euphoria co-star Jacob Elordi.

On the work front, Zendaya was last seen on screen in the 2021  black-and-white romantic drama movie Malcolm & Marie. The movie also stars John David Washington and follows a writer-director and his girlfriend whose relationship is tested on the night of his latest film's premiere. For her performance, Zendaya was nominated for Best Actress at the 26th Critics' Choice Awards. The actress will next be seen in the epic science fiction film Dune based on the 1965 novel of the same name by Frank Herbert. the film stars an ensemble cast including Timothée Chalamet, Rebecca Ferguson, Oscar Isaac, Josh Brolin, Stellan Skarsgård, Dave Bautista, Stephen McKinley Henderson, David Dastmalchian, Chang Chen, Sharon Duncan-Brewster, Charlotte Rampling, Jason Momoa, and Javier Bardem.