Zooey Deschanel answered one of the most asked questions by fans: Had she watched 'Property Brothers' before meeting the Candian TV personality, Jonathan Scott? 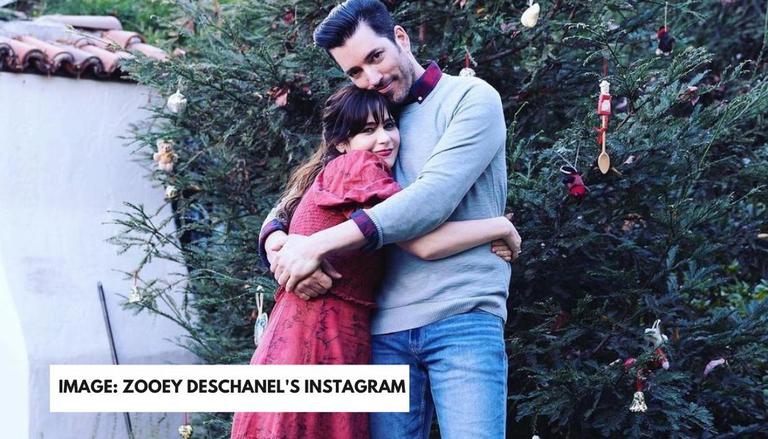 
Zooey Deschanel is dating Property Brothers star Jonathan Scott since 2019. The New Girl actor met the Property Brothers' Jonathan Scott on the James Corden show, Carpool Karaoke. The two hit it off, and began dating in November 2019. They are often seen gushing about each other on social media. Deschanel has finally revealed if she has watched her beau's show or not.

What does Zooey Deschanel like the most about Property Brothers?

Property Brothers is a reality TV show where twin brothers, Jonathan and Drew Scott meet with homeowners looking to renovate their homes on a budget. In a recent interview with Sirius XM, she revealed that she had indeed watched her boyfriend's show before she met Jonathan Scott. Not only did she watch it, but she actually enjoyed it. Zooey admitted that she found the show very "relaxing" to watch as the house makeovers were satisfying. But, she added that she never felt like meeting Scott at that point.

Zooey Deschanel dating Jonathan Scott came as quite a surprise to Hollywood as this was one couple no one had seen coming. Zooey told Sirius XM that she was astonished at how kind and sweet Scott was and today she loves how he can "fix anything." The New Girl actor and the Property Brother had been quarantine together throughout the pandemic and reportedly got to spend a lot of time together. Zooey added that during this time she has enjoyed having Scott around as he is a great help and he has a good sense of decor which is a bonus.

Zooey had been previously married to Jacob Pechenik (2015-2020) before separating with him and getting together with Scott. Jonathan too was previously married to Kelsy Ully from 2007 to 2013. But it seems that the duo is very happy with each other as Zooey was gushing to Us Weekly that she has the "best" boyfriend and that she doesn't remember any of her other exes now!

We might hear of Zooey Deschanel dating Jonathan Scott on her latest reality TV show, the Celebrity Dating Game in which she will be playing matchmaker to some of the celebrities on the show along with co-host, Michale Bolton.

WE RECOMMEND
Zooey Deschanel calls her boyfriend 'supportive'; gives us a peek into their relationship
'New Girl' cast to reunite to mark its 10th anniversary; here's how to watch the reunion
Zooey Deschanel shares a birthday message for Jonathan, fans call them 'cutest couple'
Zooey Deschanel talks about her 'romantic' moment with Jonathan on 'Property Brothers'
DYK Olivia Rodrigo made a cameo appearance in an episode of 'New Girl' back in 2017?