Nani & Nazriya Nazim Fahadh's film Ante Sundaraniki was recently released in theatres on June 10. Check out here how fans are reacting to the film. 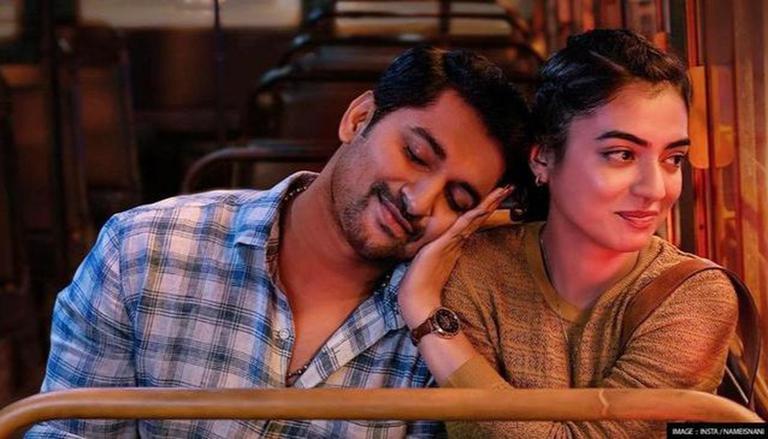 
After amazing his fandom as well as moviegoers with some notable performances in movies like Jersey to Shyam Singham Roy, south sensation Nani is once again back to weave magic on the big screens with his latest film Ante Sundaraniki alongside Nazriya Nazim. Nani and Nazriya Nazim's chemistry comes as a fresh breath of air as the film marks the duo's first collaboration together.

While the trailer of Ante Sundaraniki garnered love from all corners and sparked a lot of excitement among fans for the film, the romantic comedy hit the theatres on June 10. As fans thronged theatres to watch their favourite stars on screen, the film's first reviews are now out. Take a look at how the audience welcomed Ante Sundaraniki below.

Going by initial reviews, the film opened to positive responses from the audience as many fans called it a 'health comedy' and' feel good' movie. Most of them lauded the BGM song of the film and the impeccable performance the stellar cast brought on screen.

One of the users wrote, "#AnteSundaraniki is just. It has all heart and it's a laugh riot. I loved loved loved it totally. Go watch the movie as soon as possible.@NameisNani  Career Best probably #VivekAthreya I just love you man @Nazriya4U_ You killed it. Each and every character stays with u."

Another netizen wrote, "The last time I love a Nani's film this much is Jersey. And now it is #AnteSundaraniki"

Take a look at other reactions by netizens to Ante Sundaraniki.

I don't know this is right place to share or not. But go watch #AnteSundaraniki . I just loved it. You will also Love it.
Beautiful film asalu. ❣️

The last time I love a Nani's film this much is Jersey. And now it is #AnteSundaraniki

And finally the message... 💯

Watched it @NameisNani garu ❤. You are absolutely brilliant and so is Nazriya. Fully entertained. Congrats on the success.#AnteSundaraniki https://t.co/vDz066LaCN

#AnteSundaraniki is just ❣️❣️❣️. It has all heart and it's a laugh riot. I loved loved loved it totally. Go watch the movie as soon as possible.
@NameisNani Career Best probably#VivekAthreya I just love you man@Nazriya4U_ You killed it.
Each and every character stays with u

The rom-com film is written and directed by Vivek Athreya and it marks the first association of the filmmaker with Nani. Mythri Movie Makers have bankrolled the film. Alongside the leading duo, the film also stars Naresh, Rohini, Nadhiya, Azhagam Perumal, Harsha Vardhan, Anupama Parameswaran, Prudhvi Raj, Rahul Ramakrishna and many others in pivotal roles. The film was released today in theatres worldwide in Telugu, Tamil and Malayalam languages.