Dhanush's 'Karnan' is his first outing with Mari Selvaraj. A theatrical run to an OTT release, Dhanush's movie is a stunning graph of visuals and music alike. 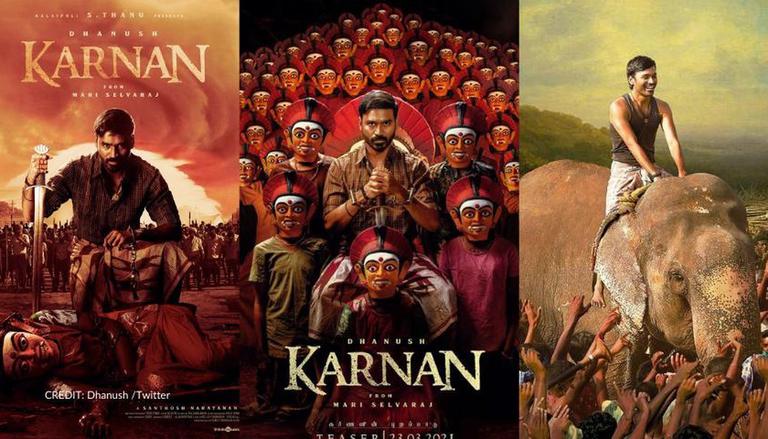 
This ‘Karnan’ review is without spoilers.

Is ‘Karnan’ is based on true story: What is ’Karnan’ all about?

Dhanush plays Karnan, a hot-tempered strappy young man who fumes as his village Podiyankulam continues to suffer atrocities led by the dominant upper-castes in the neighbouring districts. Brought to life via cold-shouldered petitions, to a police-force disinterested in keeping the peace, Dhanush’s movie feels like a string of short stories woven together with a common thread of simmering persecution. Though based on the Kodiyankulam incident that took place in 1995, ‘Karnan’ is officially set in the late 1990s where access to cellphones and a fluid local transport system was still finding its legs in rural India.

Dhanush’s 'Karnan' is a far cry from the dashing and larger-than-life hero. Disregarding the surface angry outbursts and bouts of violent brawls liberally peppered across the movie, the angst of the villages simply looking to be heard stands out amidst the clamour. The first half of Dhanush’s movie builds up to a crescendo of pent-up emotions as Mari Selvaraj painstakingly introduces the viewer to each character. From Karnan’s lover Draupathi to the pregnant lady at the makeshift bus stop to Karnan’s stoic grandfather Yemen, ‘Karnan's’ immersion in the world of the oppressed is a no-frills, poignant one. The second half explodes in a riot of metaphors as Dhanush’s 'Karnan' ascends into becoming the people’s hero.

ALSO READ: Karnan review -  Dhanush Starrer Releases On OTT, Fans Calls It 'one Of The Most Powerful Movies'

‘Karnan’s’ opening scene sets the stage for Mari Selvaraj’s signature symbolism. Karnan’s unwed sister, forsaken by the system and left to die on the highway metamorphoses into the Goddess. The recurring Goddess motif becomes a sign of hope as the marginalised community struggles to break free. The bound donkey hobbles along as Karnan and his villagers chafe at the system’s injustices, while a majestic horse remains unridden as it trots around the village much like the bound donkey, tied down in its own way. The fight between Dhanush and the gang of roadside Romeos happens in a field of buffaloes, staunch and unmovable. Goats bleating while the village elders argue sets the stage for normalising Podiyankulam’s acceptance of the time-worn oppressor-oppressed status quo.

Breaking down atrocities faced due to a casteist system into a motley of engaging relationships including a very “real” love story makes ‘Karnan’ a class apart from your run-of-the-mill revolt films. With one glaring omission, Dhanush’s movie stands apart still more - there is no villain. Following the pattern of metaphors, the tyrant in the movie isn’t one man, an inherited prejudice is the enemy. Lungi-clad, sword-wielding, elephant-riding Dhanush is a delight to watch - him dancing in gay abandon, his stolen kisses, his unshakable belief in being the change. Bolstered by equally brilliant portrayals, Rajisha Vijayan, Yemen, Yogi Babu and the rest of Karnan’s cast all leave behind lasting impressions. Parallels from the Mahabharata aside, ‘Karnan’ will shock the watcher into contemplation - what is justified as means to an end, and is violence the only recourse for the oppressed?

Disclaimer: This ‘Karnan’ review is not a sponsored review