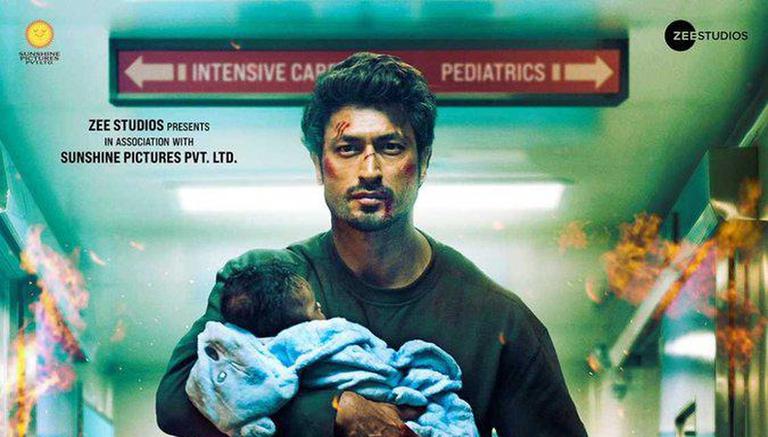 
Vidyut Jammwal has become one of the top action stars of the film industry. The actor, it seems, wants to take it to the next level with his upcoming ventures. The latest attempt towards this was the movie Sanak, which released on Friday. The Commando star is once again doing that he loves the most, packing punches and delivering kicks.

Though the movie directly hit the web amid the COVID-19 pandemic, reviews started pouring in on Twitter. While one section was impressed with the action and the thriller element, another felt that the movie did not live up to the expectations. Here's looking at what netizens had to say about the action thriller:

Reviews for Sanak were mixed. Comments ranged from the 'best action thriller' to a 'failed attempt.'

One netizen called Vidyut the 'greatest action hero of the country' after watching Sanak for 'original & bone-breaking stunt work at a breathless pace.' One suggested that he was Hollywood material and that he deserved a 'power-packed script' to showcase his potential. Words like 'edge of the seat drama', 'power-packed Dussehra gift' were used by some, while some appreciated the lack of 'unwanted heroism & cringe dialogues'

Neha Dhupia and Chandan Roy Sanyal, who plays the role of the antagonist were acknowledged by the netizens.

There is one #Sanak in everyone of us & that #Sanak should be used to beat the evil. So guys enjoy this weekend watching this fabulous action thriller starring our very own Junglee boy @VidyutJammwal & directed by @kanishk_v. Wishing all the luck to both of you 🤗@DisneyPlusHS pic.twitter.com/M2WIWkoBP1

I think one the Best Action Thriller I ever seen❤️❤️ Mind blowing performance By #VidyutJammwal and #RukminiMaitra .. Lot's of love to both of you and also #sanak Team Because it's all about team game ... pic.twitter.com/24byhhc6sB

@VidyutJammwal please someone send him to Hollywood or give him some power packed script. He deserves some big banner action films. His action scenes saved Sanak or else the script wasn't that gripping.

#Sanak a typical #vidhyutjamval movie
its one time ott watch....lots of action and masala , and yes chandan roy sanyal aka #bhupaswami also steal the show with his negative character... @NehaDhupia is also remarkable as cop... its 3 star out of 5 from my side..@DisneyPlusHS

On the other hand, the other terms for the movie were 'cliched action thriller' with a lack of originality. One stated that despite the movie not being up to the mark and being 'shoddily written & abysmally directed film', Vidyut had stood out and was the only saving grace. One Twitter user called the movie average.

#Sanak Review: #VidyutJammwal brings the same old cliched action thriller with no sense of originality. In a nutshell, SANAK rests on Vidyut Jammwal’s presence and the same-old-boring action scenes. You can skip this one for sure.
Rating - 4/10. #SanakReview pic.twitter.com/3nKUQriwaK

#Sanak average .
Action - Good (But expecting More)
Acting - Good (Not impressive)
Direction -Below Average@VidyutJammwal Waiting for Ur Next Movie
One Of My Fav Films #KhudaHafiz

he calls his wife: baby 7 times in 20 seconds. then she's in the hospital which is taken over by terrorists. he has to fight them.
i tried to watch #Sanak and then gave up.

With Sanak, Vidyut is joining hands once again with the filmmaker Vipul Amrutal Shah, with whom he has worked in the three installments of the Commando franchise.

Sanak is directed by Kanishka Varma. The movie also stars Bengali actor Rukmini Maitra, among others. The plot of the movie revolves around terrorists taking up hostages at a hospital. Vidyut's character, whose girlfriend is one of the patients, takes up the challlening task. The movie is available for streaming on Disney+Hotstar.

READ | Vidyut Jammwal's 'Sanak: Hope Under Siege' to be out on October 15: Where and how to watch
READ | Akshay Kumar cheers for Vidyut Jammwal starrer 'Sanak', scheduled for release today

WE RECOMMEND
Vidyut Jammwal's 'Sanak: Hope Under Siege' to be out on October 15: Where and how to watch
Vidyut Jammwal announces 'Sanak' release date; Here's where and when to watch the new film
Vidyut Jammwal-starrer 'Sanak' to witness an OTT release; New poster revealed
'Sanak': Vidyut Jammwal, Rukmini Maitra flaunt chemistry in new song 'O Yaara Dil Lagana'
'Sanak' trailer out: Vidyut Jammwal turns saviour in a hostage crisis; WATCH
Listen to the latest songs, only on JioSaavn.com