Sunny Deol does the action, Bobby Doel does the romance but Dharmendra steals the show as Parmar. His entry in every frame is music to the ears, literally and figuratively. Dharmendra plays the undefeatable lawyer, who is lives in Pooran (Sunny Deol) and Kaala’s (Bobby Deol) house in Amritsar, Punjab for a monthly rent of Rs. 115. Because of his exemplary law skills, the two brothers are unable to throw him out of the house.

Kriti Kharbanda plays Chiku, a surgeon who enjoys the fact that doctors convince patients to get a surgery done to increase their surgery count. To counter this, in comes the virtuous Pooran Singh an Ayurvedic doctor who believes in treatment through age-old medicinal formulas. He possesses the formula to create a Vajrakavch-the ultimate cure for all illness, the formula for which was found by his ancestors. This formula is wanted by many corporates, but Pooran Singh refuses to set a price on it. This leads to enmity between him and a corporate named Marfatia setting stage for the story to unfold.

READ I 'We All Have Ups And Downs. It Is Important To Come Up', Says Dharmendra On Bobby Deol's Comeback

The film does not completely focus on the case, though it forms the core of the film. Sunny Deol’s character has a calm nature, but outside his clinic, he exhibits the strength of his dhai kilo ka haath, sometimes beating the daylight out of bad men or at times stopping a speeding truck with his bare hands. Well, with the kind of reputation Sunny Deol has built over the years in the industry, it is hard not to believe such acts by Deol. His brother, on the other hand, is completely the opposite. He is a jobless 39-year-old looking for love and desires to go to Canada but thinks his name is his biggest flaw. 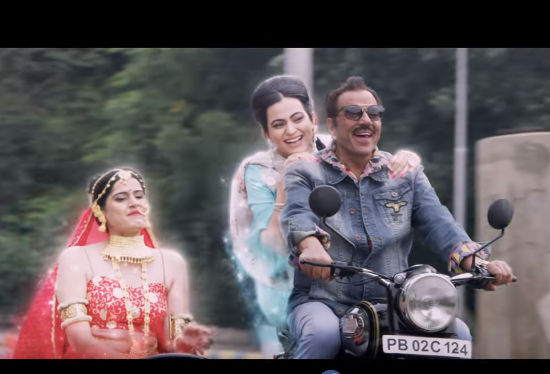 Dharmendra forms the soul of this otherwise predictable tried and tested story. His one-liners make for a good laugh. His character Parmar is a bachelor who flirts with imaginary fairies. He is known to win his cases with his charm and easily floors sitting female judges. The final courtroom scene with Shatrughan Sinha makes for the most laughs. Scenes between the two superstars are adorable when they bicker with each other about their college romance.

This is the third instalment of the 'Yamla Pagla Deewana' series and the first part still remains the best in the lot. The third part completely differs in characters and plot but carries forward the enthusiasm and excitement of the Deols. If you are a fan of the Deols, then this is unmissable. All in all a good entertainer, which got stretched a tad too much. 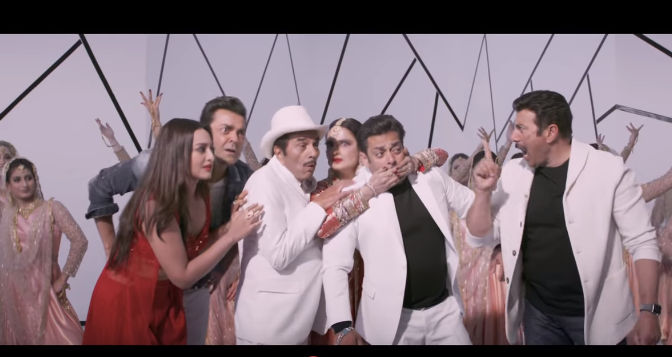 Cinematographer Jitan Harmeet Singh keeps the frame colourful in tune with the vibrant nature of the characters. Dialogues by Bunty Rathore and Vankush Arora are well written but fail to make a good landing at times. The film is directed by Navaniat Singh and lacks proper structuring. Simultaneously there are things happening around each characters life, though nothing too serious or in depth. With so many elements, the film fails to keep one glued to their seats focusing on the events of any character's life. The first half particularly was a drag with Kriti Kharbanda’s screen presence being the only beautiful thing to look at.