Popular singer Adele recently made her come back to the stage as she performed at a public concert at the British Summer Time Hyde Park in London. 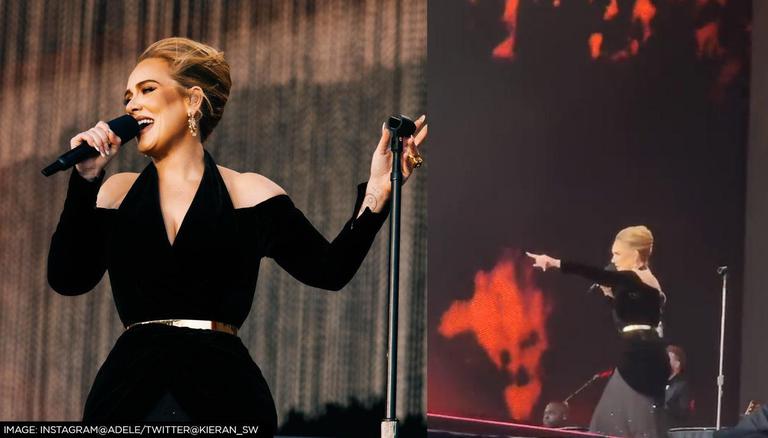 
Popular singer Adele recently made her come back to the stage as she performed at a public concert after about five years. The singer stepped onto the stage at British Summer Time Hyde Park in London and began crooning her hit track Skyfall when she noticed that an attendee needed medical attention. She halted her concert on multiple occasions to help fans get the help they need.

The Grammy-award-winning star was seen wearing an elegant velvet black gown as she took the stage after a long break. In the clips that surfaced online from her London concert at British Summer Time Hyde Park, she was seen singing her song Skyfall. However, she soon stopped and brought the security personnel's attention to a fan in distress. She asked the crowd to 'move out of the way' as she helped her fan in need. The crowd could be heard cheering and clapping as they hailed the singer for her move.

Just wanna say mad respect to Adele for stopping the show and making a scene when she thought someone was in trouble and needed help from security. That was a crowd of 65,000+ and she still did it. it really is that easy. #AdeleBST pic.twitter.com/PBXdJChNuP

According to a report by ET Canada, the singer gave fans in the front rows water as they waited for hours in the sun to get inside the stadium. She reportedly also got emotional as she got up on stage after years and said "My God, I’m back at home." The singer was praised for halting her concert on multiple occasions to help fans and netizens hailed her on Twitter. They mentioned that one of the reasons they 'adore' her was because she cares about her fans. They mentioned they had 'mad respect' for her as they praised her for prioritising her audience.

Adele momentarily stopped her performance at London’s BST Hyde Park Festival to help a distressed fan in the audience.
a reason to ADORE her 🥺💖💖💖 pic.twitter.com/6LUPfOY0GA

The Hello singer was recently in the news after rumours about her engagement with her beau Rich Paul went viral. She then made an appearance on the Graham Norton Show and addressed the rumours as she said, "If I was would I ever tell anyone if I was or wasn't?" It was only recently that the singer and her boyfriend moved in together. The couple was seen flaunting the keys of their home as she posed in front of it and broke the news to their fans.