Adnan Sami shared daughter Medina's 'Great Indian Jugaad' from a moment of her enjoyment and celebrities and netizens were super impressed. 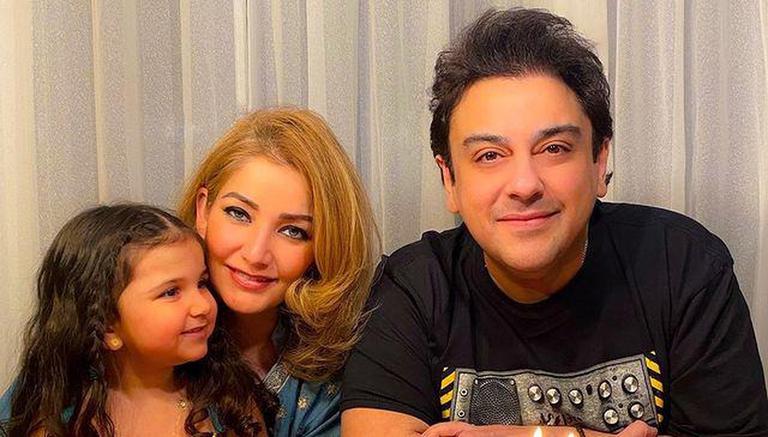 
Indians are known to be experts at ‘jugaad’. Some citizens are skilled to create solutions even if there were no answers, and many such tricks have become a talking point online. Adnan Sami’s daughter Medina too had an interesting ‘jugaad’, when she wished to do horse-riding.

Adnan took to Twitter to share a heartwarming image of his daughter Medina’s horse. The little one was seen sitting excitedly on her horse, which was a set-up of pillows arranged on chairs placed opposite to each other, and a horse-like figure on top of her bike, that she rode with the help of a rope.

The singer-music composer’s version of the ‘The Great Indian Jugaad’ left netizens love-struck. Among them were TV entrepreneur Raj Nayak and singer Richa Sharma, who used words like ‘aww’ and ‘cool.’

Adnan is known to be a doting dad to Medina and regularly shares posts about her. Recently, he had recalled singing his hit Tera Chehra to his daughter and wife Roya on a singing reality show.

Meanwhile, despite his absence from the music scene, Adnan keeps his fans entertained with his fun-filled or musical posts. When he is not sharing a joke, he often posts a video of him playing the piano to some hit track.

The singer is yet to come out with his next track since his Tu Yaad Aya single in February  The music video, also featuring Adah Sharma, has hit 33 million views on YouTube. Among the other highlights for his career in the past few months, was being honoured at the Dadasaheb Phalke International Film Festival, where he won Outstanding Contribution in Music Industry.