After their dating rumours that surfaced on the internet, BTS' V and BLACKPINK's Jennie both made their Instagram comeback on the same day. 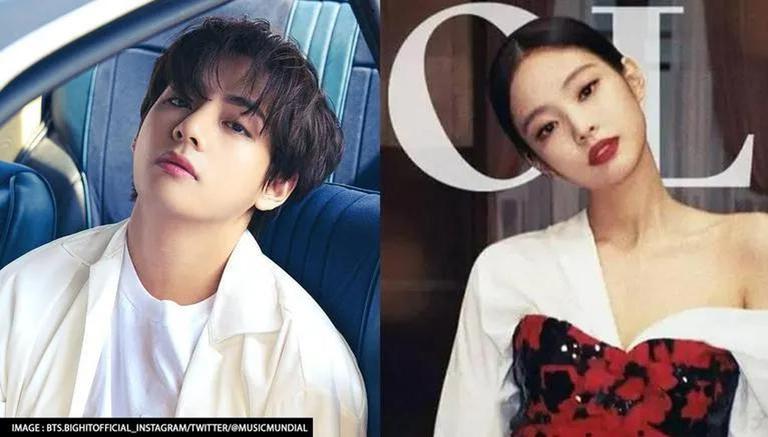 
The South Korean girl band BLACKPINK is one of the most successful K-Pop groups in the world. Apart from making the entire world groove to their tracks, the girl band also has a huge fan base known as BLINK. The members of the band often trend on social media for their achievements, yet, BLACKPINKS's Jennie was recently in the headlines as she was rumoured to be dating BTS' V. Amid the rumours, Jennie, who was seemingly inactive on Instagram for nearly two weeks, recently made her comeback just a few minutes before BTS' V posted a picture after a long time.

BTS' V enjoys a massive Instagram following of over 42 million. The singer dropped his first picture in three weeks, amid which his dating rumours made rounds on the internet. In the black and white photo, V, aka Kim Taehyung, could be seen giving away a deadly look while flaunting his wavy hair. The Butter singer did not write anything in the caption and got over 9.5 million likes within 24 hours.

Two of the biggest South Korean bands BTS and BLACKPINK recently stirred social media and dominated many international headlines. V and Jennie, the members of the two bands were recently spotted travelling together after one of their fans shared their picture on social media. Dating rumours of the two K-Pop stars flooded the internet, yet their fans were sceptical about the photo's authenticity.

Following the rumours, BLACKPINK's agency YG Entertainment released a cryptic statement. As per Soompi, the statement read, "We have nothing to say. We will inform you if we have a different response to share." On the other hand, BTS' agency Bighit Entertainment did not address the rumours as they have a track of not responding to such issues.