Pop Smoke took home an astonishing 5 awards for his posthumous debut album at the 2021 Billboard Music Awards. Read to know about Pop Smoke's cause of death 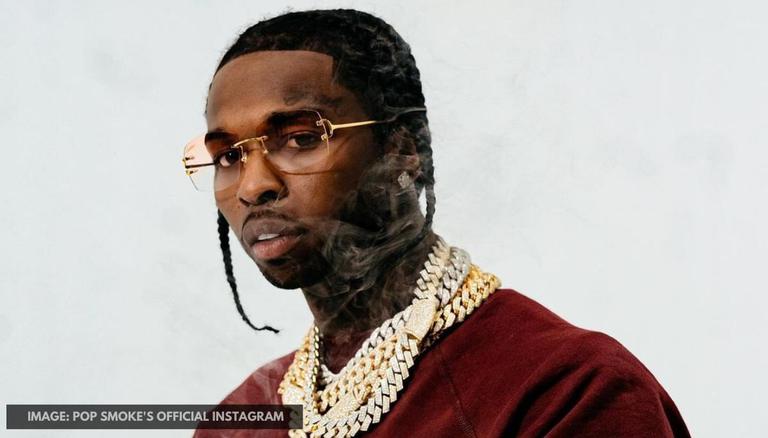 
The late American rapper Pop Smoke took home five Billboard Music Awards last Sunday, over a year after his untimely demise at the age of 20 last year in February. On May 23, 2021, Pop Smoke's mother took the stage of BBMAs 2021 to accept the awards bagged by him on his behalf and thanked fans for "honouring the life and spirit" of her beloved son. However, do you know how did the Welcome to the Party hitmaker die? If not, here's all you need to know about Pop Smoke's death cause.

All you need to know about Pop Smoke's cause of death

The news about Pop Smoke's cause of death by a gunshot wound to his torso on February 19, 2020, had taken the internet by shock last year. As per the Los Angeles County Coroner’s office, the late 20-year old Brooklyn rapper-songwriter, whose real name was Bashar Barakah Jackson, was killed at his Hollywood Hills home. Back then, police stated receiving a call by a friend of someone in the house who reported masked & armed intruders inside the home.

Officials also revealed that the determination of his cause of death was made after the coroner's office conducted their autopsy of Pop Smoke's body. Later, the coroner's office had also officially declared the rapper's death a homicide, followed by releasing his body to his next in kin. According to the Los Angeles Police Department, the homicide had taken place at 4:29 AM on Hercules Drive's 2000 block.

Pop Smoke's songs from his posthumous debut album 'Shoot for the Stars, Aim for the Moon' bagged him an astonishing five awards at the Billboard Music Awards 2021, held at Microsoft Theater, Los Angeles. He won the Top Rap Artist, Top New Artist, Top Rap Male Artist, Top Billboard 200 Album as well as Top Rap Album awards at the awards night. On Sunday evening, the rapper's mother, Audrey Jackson, accepted Pop Smoke's awards on his behalf along with giving an emotional speech. She said, "Thank you to the fans for honouring the life and spirit of my son, so much that he continues to manifest as if he were still here in flesh. He created music for the kid who has to sleep four in a room, the kid who has to figure out how to get to school each day so he can graduate and make his mom proud. He did this so that 14-year-olds would not have to kill to prove they are somebody. That is the irony in this." Audrey concluded by expressing, "Thank you to the Billboard Awards leadership for honouring my young warrior Bashar Barakah Jackson, we call your name."