Singer/songwriter Ananya Birla recently released the music video of her song 'WHEN I’M ALONE'. Take a look at what fans had to say about the music video. 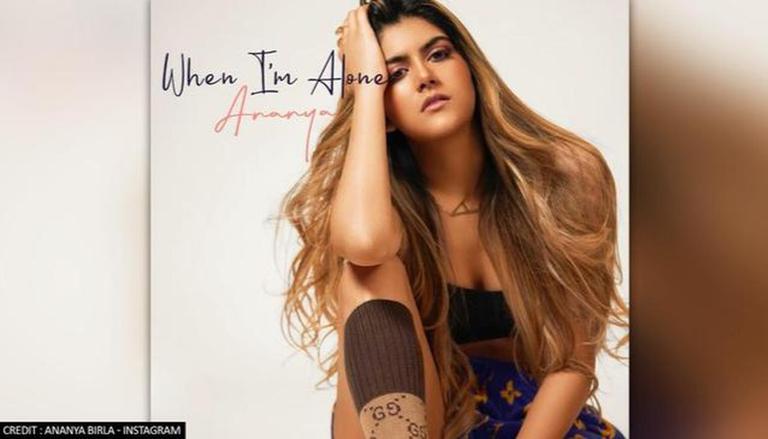 
Singer/songwriter Ananya Birla on Tuesday released the music video of her song WHEN I’M ALONE. The video is directed by the singer herself, which captures moments of her life as they are. The music video of WHEN I’M ALONE comes fresh off the massive success of Hindustani Way, her first collaboration with music maestro A R Rahman, that fast went on to become an anthem for sports in India.

Ananya Birla's new music video of the song WHEN I'M ALONE gives fans a glimpse into the singer's life. Talking about her song Ananya said, "I’ve tried to say as much as I can about myself in ‘When I’m Alone’ like where I was born, where did I go on my first date and other things that have shaped me without losing too much of myself. I’m really excited about this music video and I can’t wait for everyone to see it."

Fans reacted to Ananya Birla's new music video and one user tweeted, "What an amazing song with wonderful lyrics and a soothing voice. She always spreads the magic and wins our hearts with her soulful voice. When I am Alone By @ananya_birla."Another user wrote, "Here to melt your hearts, @ananya_birla  with a surreal composition 'When I am Alone' –the song is a great point of reflection to love your own company." Take a look at fans reactions below.

What an amazing song with wonderful lyrics and a soothing voice. She always spreads the magic and wins our heart with her soulful voice.
When Iam Alone By @ananya_birla https://t.co/LnczC02sx4 pic.twitter.com/rrqbb8mOjc

Here to melt your hearts, @ananya_birla with a surreal composition 'When Iam Alone' –the song is a great point of reflection to love your own company!https://t.co/jWoMfW9zx4

Just listening to a new song and it is very amazing.
Jusr keep listening it again and again. When Iam Alonehttps://t.co/TdMYBTh4gQ

What a beautifull song by @ananya_birla's When Iam Alone is soulful and melodious song pic.twitter.com/qaINnxEIuc

Ananya made her debut with the single Livin’ the Life and has since then reached more than 350 million combined streams. She has collaborated with artists including Sean Kingston, Afrojack, and Mood Melodies. Ananya is the first Indian artist with the English language single to go platinum in India; five of her singles have achieved platinum or double platinum status.

The singer is the daughter of Kumar Mangalam Birla, an Indian industrialist and the chairman of the Aditya Birla Group. Ananya is the founder of Svatantra Microfin, a company that provides microfinance to women in rural India. The 27-year-old singer recently collaborated with A R Rahman and released a cheering song titled, Hindustani Way, for the Indian Olympic team.

WE RECOMMEND
Ananya Birla's net worth: Know how well-off singer & Kumar Mangalam Birla's daughter is
A R Rahman, Ananya Birla join hands to create song for Indian Olympic contingent
AR Rahman collaborates with Ananya Birla for 'Hindustani Way' ahead of Tokyo Olympics
Ananya Birla alleges racism by staff at a US restaurant, fumes 'they threw my family out'
Ananya Birla fumes over 'Kumar Mangalam's daughter in trouble' title for YouTube video
Listen to the latest songs, only on JioSaavn.com