Music composer AR Rahman who never fails to impress fans with his talent, recently announced that his soundtrack for Mimi has been submitted for Grammy Awards 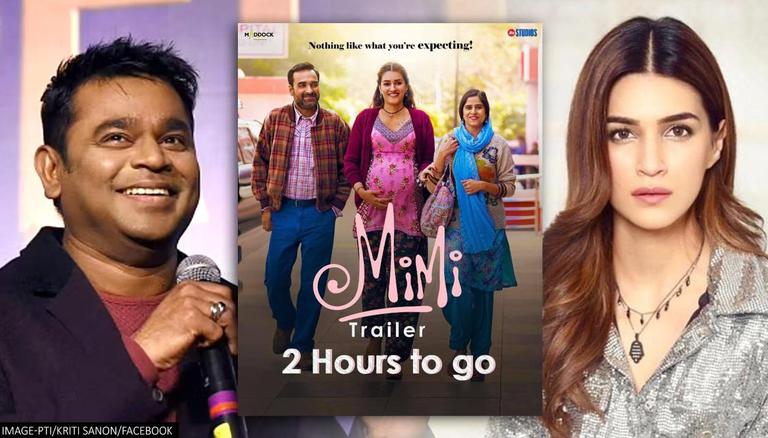 AR Rahman who is the recipient of two Academy Awards, two Grammy Awards, a BAFTA Award, a Golden Globe Award, and several other Indian accolades, took to Twitter and shared the elating news with fans. While informing all, he wrote, 'I am so excited to share that my soundtrack for visual media “MIMI” been has submitted to the 64th GRAMMY®️ Awards, For Your Consideration. Here is a link. Thank You!!' Kriti who played the lead in the film also reacted to AR Rahman’s tweet and congratulated him for the same. 'Wow!!! Congratulations sir!!' she wrote.

Mimi was the remake of Samruddhi Porey’s 2011 Marathi film Mala Aai Vhhaychy! It followed the life of Mimi (Kriti Sanon), a young woman who opts to be a surrogate mother for a foreign couple. After the couple ditches her and their unborn kid owing to suspected deformities in the kids, the mother is left to bring up the kid with the help and support of her loved ones. the original score and soundtrack of Mimi were composed by AR. Rahman and featured lyrics written by Amitabh Bhattachary. The comedy-drama Mimi was released on July 26 on Netflix.

“I am so excited to share that my sound track for visual media "MIMI" been has submitted to the 64th GRAMMY®️ Awards, For Your Consideration. Here is a link. Thank You!! -“https://t.co/zHzaJp8SW0https://t.co/JFVqUChBli

Kriti Sanon went through a lot of physical transformations for her role in Mimi. The actor put on about 15 kilograms for her pregnancy scenes in the film. She then also lost all that weight for the song Param Sundari. While sharing a workout video, Kriti Sanon shared her body transformation journey and shared how it was not a difficult task.

She wrote, 'While putting on 15kgs for Mimi was a challenge, losing those kilos wasn’t easy for Chubby Sanon either! and... I had kept Param Sundari for later so I have the motivation to get back in shape! Having put on so much weight for the first time and not working out for 3months (not even yoga!), my stamina, strength, and flexibility had gone down to Zero! In fact, I had to slowly get back to mobility with my joints clicking constantly.'

READ | 'House of Secrets: The Burari Deaths': AR Rahman opens up about working on the docu-series