Singer Ariana Grande took to her Instagram and gave a peek into her brother Frankie Grande's engagement party with his BF Hale Leon. Take a look 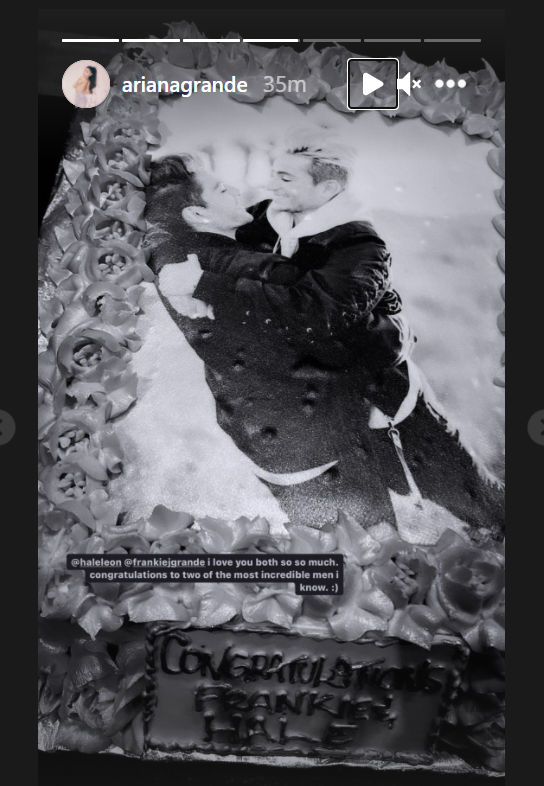 The singer shared a picture of her brother Frankie and his fiance Hale Leon and congratulated the couple on their engagement. While sharing the photo she wrote, "I love you both so much. Congratulations to the two most incredible men I know". Ariana also shared a video of the couple from their engagement bash on her Instagram story.

Frankie Grande reveals how he proposed to his boyfriend

Frankie Grande took to his Instagram and announced the news of his engagement with his boyfriend, Hale Leon. In the post, Frankie also revealed how he proposed to his boyfriend. Grande revealed that he proposed his BF Hale Leon in virtual reality. His caption read " He said YES! WE’RE ENGAGED! I am so happy my best friend said he wanted to spend the rest of his life with me! Playing games and making me laugh forever! Speaking of games… I proposed IN VIRTUAL REALITY! HE FREAKED OUT! I can’t wait to post the video…"

Ariana Grande recently tied the knot with her boyfriend Dalton Gomez. The singer took to her Instagram and shared the pictures from her intimate wedding nuptials and wrote the date of her wedding which was on 15th May 2021. Ariana donned a minimalistic traditional white Vera Wang wedding dress. In the photos, Ariana was seen kissing her husband Dalton Gomez. The couple first made their relationship official when they appeared in the music video for Grande's song with Justin Bieber Stuck with U in May, followed by releasing a series of photos in June on Instagram.

On the work front, Ariana Grande released her sixth studio album Positions in October 2020. The title track of the album Positions marked Grande's fifth number-one single in the United States and made her the only act with five number-one debuts on the chart.