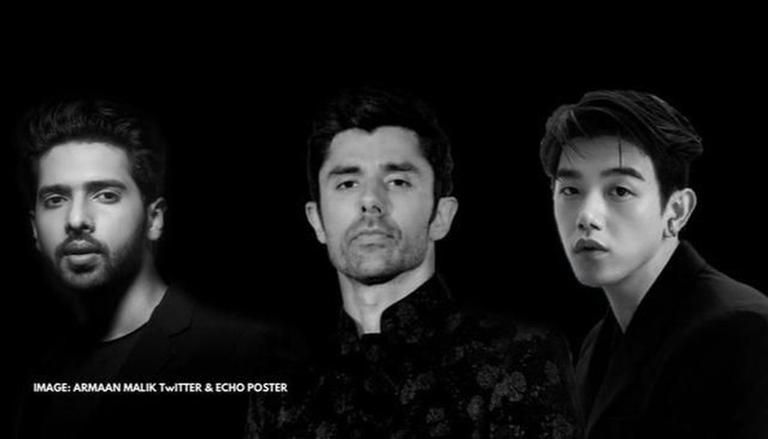 
Indian singer Armaan Malik, Korean-American artist Eric Nam and Indian-American DJ KSHMR have collaborated for a new single called Echo. According to Rolling Stone India, this collaboration is described as the first 'K-pop meets I-pop' that is built around a crafted EDM soundscape. Talking about the single, Armaan Malik said that being an Indian artist, he feels the track is kind of a huge responsibility as Indian artists have not seen a lot of representation on the global stage.

The Jab Tak singer added that his new collaboration is something that has never happened before. It is something new for India and Indian musicians. According to him, it is beautiful that artists from different countries are so deep-rooted in their cultures. However, when they come together to create something different, it still has elements of their own.

Artist Eric Nam wished that they had more peers and a bigger network of people for their representation across the board. While growing up, Nam always wanted to see more artists like himself on the big screen in culturally relevant places. However, traditionally these places haven’t yet opened up for them. Now, he feels that slowly changes have been taking place amidst racial tensions and societal tensions. Nam said that it is an incredible opportunity for all the three to collaborate at this time.

Meanwhile, DJ KSHMR hopes that Echo will become a milestone for young Artists like themselves to begin their music career without fear. KSHMR shared that he grew up in a family that was really hard on formal education. The artist didn’t wish to go to college but instead pursue his career in music. As a result, the artist was sent back to India with no return ticket. The artist’s grandfather was reportedly going to beat it out of his head that music was a hobby. At a point in life, he felt like a square trying to fit in a circle.

Echo is all set to release on May 21, this year at midnight local time for each artist’s respective countries India, America, and South Korea. The music video of the track will premiere at 12:30 pm IST, 4 pm KST, and 12 am PST

Thanks for bearing with me and my teasing-giri hehe. Some of you had guessed AEKOHCE correctly long back, but I had to be tight lipped about it until the right moment 🤫#Echo drops this Friday!!