ASAP Rocky Talks About Relationship With Rihanna; Says 'We Look Good Together Naturally'

Recently, rapper ASAP Rocky opened up on his relationship with Rihanna and revealed that the way they complement one other comes naturally. 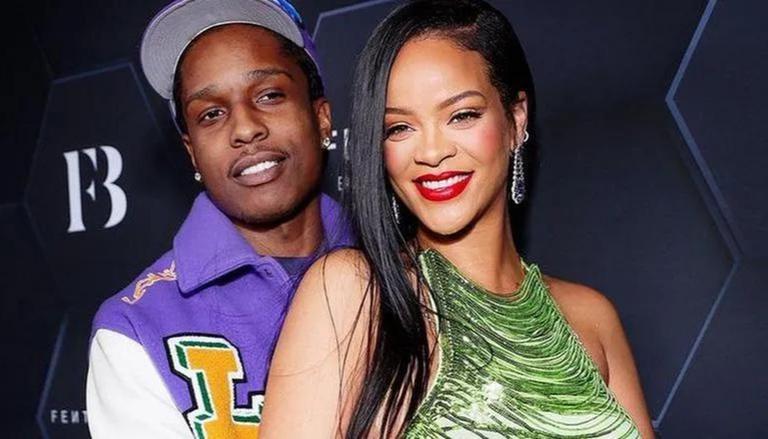 
American rapper ASAP Rocky and Barbadian singer Rihanna are one of the most loved pairs in the entertainment industry. The duo has been inseparable since last summer and have always managed to paint the town red with their mushy romance.

While the two have never failed to support each other and have been giving away major couple goals, recently ASAP Rocky opened up on his relationship with Rihanna and revealed that the way they complement each other comes 'naturally'.

ASAP Rocky opens up about his relationship with Rihanna

In a recent interaction with Dazed, ASAP Rocky spilled beans on his relationship with Rihanna. The 33-year-old singer revealed that the pair happen to look good 'together naturally.' Rocky said-

"I think it's just natural. We happen to look good together naturally. You know, it would take a lot of work to have us forcefully match before we leave the house. Sometimes we match to a T, or we just wear the same clothes. If I buy a shirt that she likes, I expect to get it stolen... but then I gotta steal it back."

For the unversed, ASAP Rocky and Rihanna embarked on a new chapter of their lives as the duo welcomed their first child together, a boy, earlier this month. Throughout her pregnancy, Rihanna treated fashion enthusiasts with her impeccable maternity style as she often flaunted her bare baby bump.

ASAP Rocky reflects on fatherhood after welcoming his first child

In an interview with Dazed, ASAP Rocky opened up about his parenting style and revealed all the characteristics and values that he hopes to pass on to his children. The Praise the Lord singer said, "I will always remind my children to never lose their imagination, even as adults, no matter what".

Further being asked about what kind of father he wants to be, Rocky said, "I hope to raise open-minded children. Not people who discriminate. And I’m not trying to describe a saint, but realistically, I just want a cool child with cool parents." For the uninitiated, Rihanna made her pregnancy announcement back in January after she was spotted flaunting her baby bump in New York City.

READ | Rihanna and ASAP Rocky 'doing great' as parents; 'Umbrella' singer in 'awe' of her son