One of the most popular groups of fourth generation of K pop, ATEEZ has achieved a milestone on YouTube for the first time with their hit track 'Wonderland'. 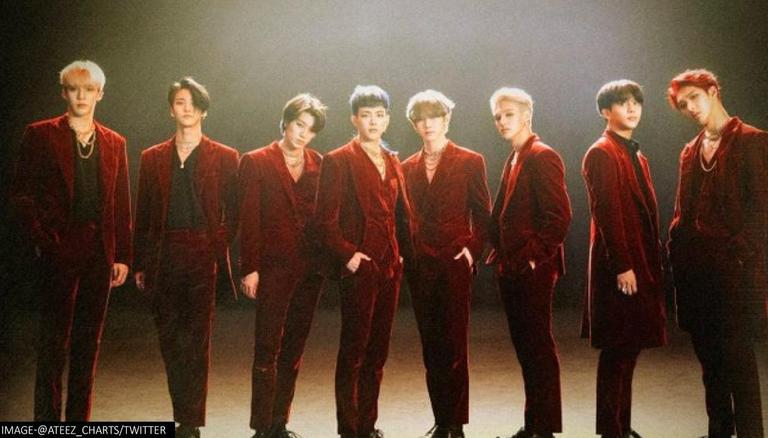 
Dubbed as the '4th Generation Leaders' of K pop, South Korean boyband ATEEZ has added a feather to their hat by achieving an important milestone on YouTune with their popular track titled Wonderland's music video. The band consists of eight members namely Hongjoong, Seonghwa, Yunho, Yeosang, San, Mingi, Wooyoung, and Jongho. Fans of the band, called ATINY, could not contain their excitement as they showered the boys with love and congratulatory wishes.

Fans of the group were quick to flood social media with congratulatory messages as they expressed how proud they are of the band's first milestone on YouTube. One netizen wrote, ''First of many I hope I’m so proud of you all'' while another fan wrote, ''I'm so happy for you, congratulations, don't worry we will always be by your side, always supporting and always loving THE LEADERS WE ARE 100M''

ateez you will always be famous pic.twitter.com/yDXqkY7KhZ

Many fans believed that this was just the first of many records to come from the band, who made their debut in 2018 with the superhit track Pirate King. A fan tweeted, ''Sooo happy for you!!! Congratulations!!!! I hope 2022 will be another year of breaking more records!!! #Wonderland100M #가자100MillionWithATEEZ #ATEEZ #에이티즈'' while another fan wrote, ''congrates to our Pirate Kings !!! and also well done ATINY, we did a great job here. 1st MV of Ateez that hit 100M'' Check out other reactions from the fans that sum up the fandom's excitement for the group's ventures in 2022.

CONGRATULATIONS ATEEZ ❣️🔥
THE LEADERS WE ARE 100M#WONDERLAND100Mpic.twitter.com/bgglrSMl0k

First of many I hope I’m so proud of you all ❤️ pic.twitter.com/HUtTONDGtp

Sooo happy for you!!! Congratulations!!!! I hope 2022 will be another year of breaking more records!!! ❤️❤️❤️ #Wonderland100M #가자100MillionWithATEEZ #ATEEZ #에이티즈

Debuted under KQ Entertainment, the band recently released their much-awaited new album ZERO: FEVER Part 3 with the highly anticipated track Deja Vu. The album comes six months after the release of Zero: Fever Part.2. Fans got to witness the band's bold and dark avatar in its music video which is close to crossing 40 million views on YouTube.