Avril Lavigne recently took to Instagram to share pictures of her marking a tribute to her original 'Sk8er Boi' track along with professional skater Tony Hawk. 
Avril Lavigne is revisiting her iconic red and blue tie from the original music video for Sk8er Boi. Along with the tie, the 36-year-old pop-punk princess revisited the original song by sharing a few photos with the original sk8r boy, Tony Hawk. The singer was seen in the skateboarding track in the backyard of her Malibu ocean-view home.

In the latest set of pictures, Avril can be seen prepping up to do skateboard along with skateboarding ‘legend’ Tony Hawk. Avril rightfully calls the skateboarder ‘legendary in her post’ where she revisited her old song. Avril’s picture with the original skater boy was a surprise for her fans who lauded the singer’s commitment to revisit her older songs. Avril Lavigne's sk8r boi which dropped in 2010 on YouTube was a huge hit, which garnered over 200 million views.

Having catered the post to her 9 million strong followers, Avril Lavigne's photos received over 4 lakh likes in the first few hours of their upload. While a few fans showed excitement for the stars’ collaboration, some true-blue fans of the singer thanked her for wearing the iconic outfit once again. A few fans even pointed out how the singer hasn’t aged a bit. 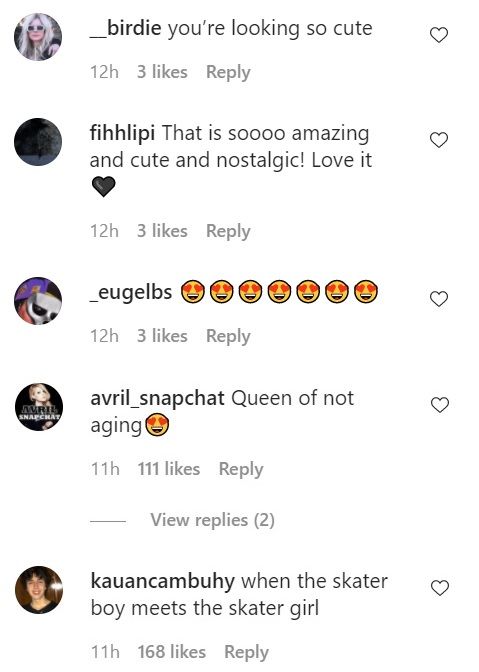 Nicknamed Birdman, Tony Hawk is an American professional skateboarder, an entrepreneur, and the owner of the skateboard company Birdhouse. The professional skater sent Avril’s fans into a laughing fir with his reply on the singer’s post featuring him. Tony took to the comments to write, “I was a skater man, she said “see you later man,” making the audiences laugh out loud. The comment garnered over 4,000 likes with a few fans calling it an ‘epic’ comment. 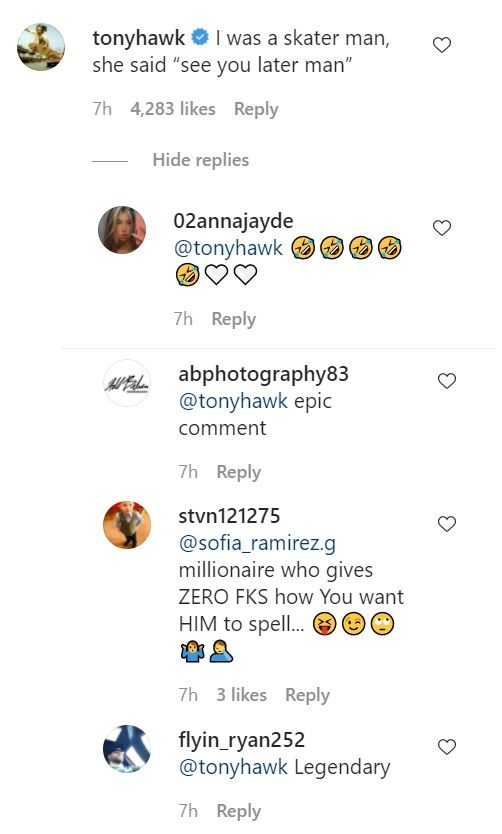 Avril Lavigne is currently working with actor Will Smith’s daughter, Willow Smith to create a unique track that is rumoured to be a mix of pop and punk. The Canadian musician along with Willow Smith was recently spotted shooting for the music video in Los Angeles. In pictures that took the internet by storm, the two singers were seen having a blast on the sets. Fans of both artists are now eagerly waiting for the song to be released.