Sahdev Dirdo, who became a viral sensation at a young age after his rendition of 'Bachpan Ka Pyaar' made rounds on the internet, has launched NFTs. 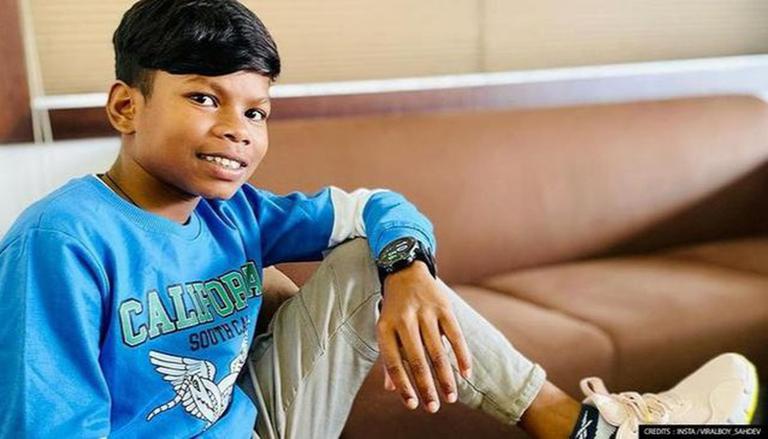 
The young singer Sahdev Dirdo, who became a household name after his rendition of Bachpan Ka Pyaar went viral on the internet, has ventured into the NFT space. The non-fungible token can be used to represent ownership of unique items which can range from tacos to real estate and more. Apart from the young singer, Bollywood stars like Amitabh Bachchan, Rajinikanth, Salman Khan, Malayalam actor Rima Kallingal, Sunny Leone, and more have entered the space.

Taking to his Instagram, the Bachpan Ka Pyaar singer announced that he will be stepping into the metaverse after collaborating with nOFTEN, India's celebrity metaverse marketplace. He shared the post with the caption, ''Sahdev Dirdo, 10yr old singer and internet sensation who shot to fame with ‘Bachpan ka Pyar’ is all set to step into the metaverse with @nOFTEN_NFT India's celebrity metaverse marketplace. Do you want to see what’s in his store? Head to nOFTEN.com now! #noften #nft #metaverse #nftart #sahdevdirdo #celebritynft''

The 10-year-old recently made headlines as he was hospitalized after meeting with an accident in his hometown in Chattisgarh on December 28, 2021. The young singer was reportedly riding pillion on a motorcycle and seriously injured his head after meeting with an accident as he was not wearing a helmet. The singer was subsequently hospitalized for treatment.

READ | Year-ender 2021: From Yohani to Sahdev Dirdo, check out top viral sensations of the year

Recently, Sahdev took to his Instagram to share a video of him assuring his fans that he has fully recovered from the accident. He said in the video, ''Namaskar, mein Sahdev, ab poori tarah se theek hogaya hoon. Aap sabhi ki dua prarthna ke liye dhanyawaad. Doctor, staff, bohot bohot shukriya. Dhanyawaad." (Hello, I, Sahdev, have fully recovered now. Thank you for your prayers and wishes. I also thank the doctor and the hospital staff.)''

The caption read, ''Words will never be enough. Thank you ALL for all the prayers and wishes & special Heartfully thanks to Dr Devendra Naik sir''. Singer and rapper Badshah, who had collaborated with Sahdev on a remix version of Bachpan Ka Pyaar dropped supportive comments under the post along with many well-wishers of the young singer.