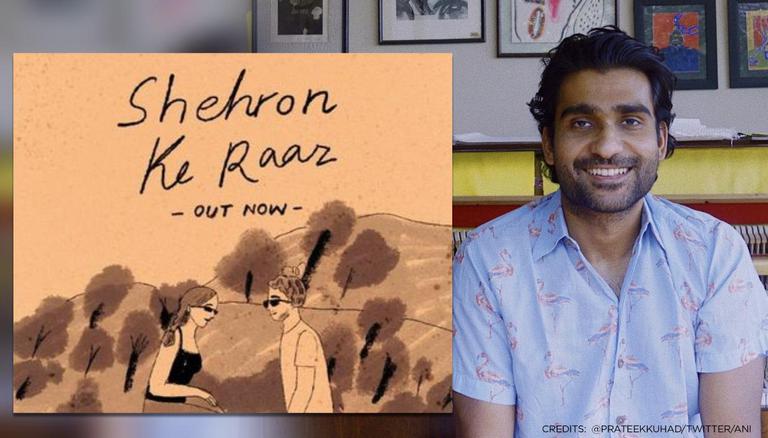 
Singer Prateek Kuhad's Hindi quartet episode 'Shehron Ke Raaz' is out now. 'Shehron Ke Raaz,' 'Khone Do,' 'Tere Hi Hum,' and an acoustic version of 2020's smash single 'Kasoor' are among the tracks in the episode. Taking about his episode, Prateek said that big cities have innumerable stories of couples trapped in their own tiny universes, and while their particular area of the city may be small in the big scheme of things, their emotional universe is enormous and all-encompassing."

Prateek Kuhad opens up about his new EP

He noted, "Big cities have countless stories of lovers lost in their own little worlds, and while their particular corner of the city may be small in the grand scheme of things, their emotional universe is large and all-encompassing."

He added, "This EP explores love in a very gentle and personal manner. The stories are hidden, and they belong to those who wish to participate in them. The music attempts to represent hope, mystery, and wonder in the most beautiful way possible."

EP out on 09.07.21🧩✨
Set your reminders to the Khone Do YouTube premiere! https://t.co/kQSmxmKjie pic.twitter.com/YnHxZONWzE

Prateek Kuhad is an independent Hindi and English singer-songwriter and musician in India. His song "Cold/Mess," which was listed in former US President Barack Obama's "Favorite Music of 2019" list, is his most well-known work. Prateek is also renowned for giving Bollywood songs like 'Kho Gaye Hum Kahan' ('Baar Baar Dekho') and 'Saansein' (Karwaan).

Kuhad has two sisters and was born in Jaipur, Rajasthan. He began playing the guitar at the age of 16 and began creating songs in his late teens. He completed his high school from the Maharaja Sawai Man Singh Vidyalaya, Jaipur. He went on to New York University to study math and economics before relocating to Delhi to pursue a full-time career in music. He returned to India after graduating from New York University and released two EPs before releasing his debut album. He also got a publishing deal with Cutcraft Music in Los Angeles. In the year 2020, Kuhad became the first Indian to sign with the American record company Elektra Records.