Boosie Badazz Arrested: Why Is American Rapper In Jail? Everything You Need To Know

American rapper Boosie Badazz was arrested earlier this week in connection with a fight that broke out at the 'Legendz of the Streetz' Tour stop. 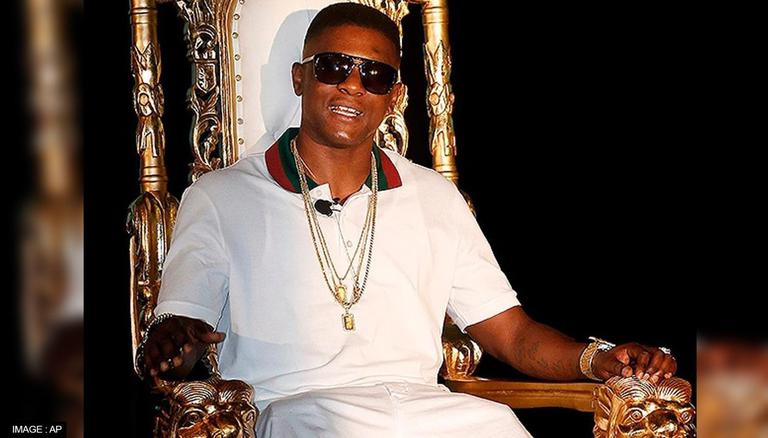 
Rapper Boosie Badazz was arrested on Monday, October 11, on charges of criminal damage to property, criminal trespass, inciting a riot as well as improper conduct. As per TMZ reports, the arrest is connected with a fight that broke out at a show earlier this month. Boosie was kept in custody for a night before being released on bond on Tuesday. The police were called after a fight erupted on stage amid a concert on October 1. Law enforcement was summoned to the site after vandalism reports surfaced, with the police stating that Boosie Badazz and his associates destroyed the property belonging to a production company as well as the organisers of the venue they were playing at.

According to The Shade Room, the incident occurred at the Legendz of the Streetz Tour stop, when the rapper involved himself in an altercation going on between two men on the stage. He was later escorted off the stage by a security guard, post which the show was concluded. 2 Chainz, Fabolous, Lil Kim, Rick Ross, Jeezy and Gucci Mane were the other performers on tour.

The rapper ultimately confirmed that he has indeed been removed from the tour after the incident. Taking to his Twitter handle on October 4, he uploaded a photo of a notification posted on a venue door at Royal Farms Arena in Baltimore that confirmed his exit. Along with it, he wrote, "THIS IS THE MOVE THEY PULLING OFF ON THE TOUR SO U CANT GET REFUNDS, READ IT CLEAR LOL LIKE PEOPLE GO READ A SIDE DOOR LOL S*** OUT TO ALL MY BALTIMORE FANS‼️ LOVE YALL."

THIS IS THE MOVE THEY PULLING OFF ON THE TOUR SO U CANT GET REFUNDS ,READ IT CLEAR LOL LIKE PEOPLE GO READ A SIDE DOOR LOL SHIT OUT TO ALL MY BALTIMORE FANS ‼️LOVE YALL pic.twitter.com/8QFJDXYKgx

“Boosie Badazz has been removed from the Legendz of the Streetz Tour”, the sign read. “If you would like to request a refund for this evening’s concert tour, REFUNDS MUST BE OBTAINED PRIOR TO ENTERING THE VENUE AT POINT OF PURCHASE.”, it further mentioned.

Badazz aka Torrence Ivy Hatch Jr has been previously sentenced to 4 years in prison on drug and gun charges. In another incident in 2010, the rapper was indicted on first-degree murder charges and slapped with a 10-year prison sentence. However, he was released early on March 5, 2014.

WE RECOMMEND
DaBaby addresses his homophobic comments in new music video: 'Apologies for being me'
DaBaby deletes apology he made to the LGBTQ+ Community after being removed from festivals
Miley Cyrus supports DaBaby following controversy; Says 'we can learn from each other'
Kanye West removes DaBaby Remix from streaming services; Reason not yet disclosed
Justin Bieber's 'Justice' adds 3 more tracks as he drops 'complete' edition
Listen to the latest songs, only on JioSaavn.com