Britney Spears recently took to her Instagram handle and called herself a snake in the latest post that has left her fans concerned. See the post here. 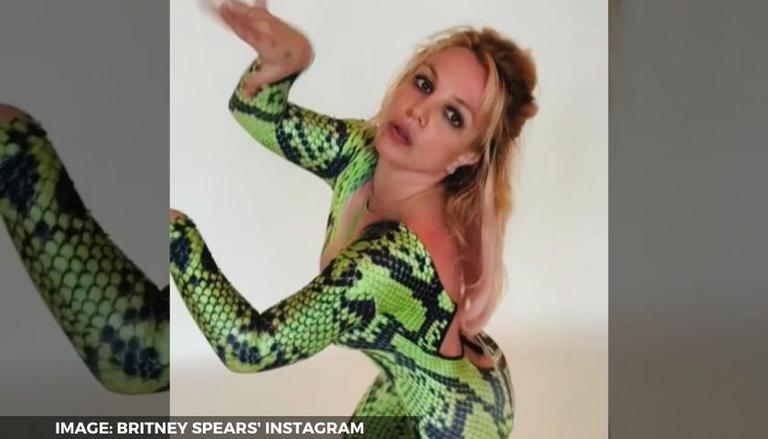 
Britney Spears is one of the most active celebrities on social media. She regularly posts updates about her life for her social media family. The Everytime hitmaker recently left everyone baffled with her cryptic Instagram post. Britney Spears took to her official Instagram handle and shared a series of pictures. However, what caught everyone's attention is the caption of the post. In Britney Spears' latest Instagram post, she has referred to herself as a snake leaving fans concerned.

Britney Spears shared a series of pictures on her Instagram handle wearing a snake suit. The singer shocked her fans as she called herself a snake. In the series of pictures, she is seen posing in different angles with a confident stare at the camera. In the cryptic caption of the post, Britney wrote, “I held a snake at the @VMAs one time but decided to go ahead 20 years later and become the motherf***ing snake myself !!!!”

She also added, “And since TRICKS ARE FOR KIDS you tricky little sh*ts … who knows what color snake I will be tomorrow !!!!???" She concluded by saying, “STAY SAFE folks and watch out for the [SNAKE EMOJIS] !!!!!” Here is a look at Britney Spears' latest Instagram post.

As soon as she shared the post on her Instagram, fans expressed their concern over Britney’s bizarre Instagram post. A lot of fans asked her what does she mean by this post while another went on to say, “Well this ain’t strange at all Brit. Hope you’re released from your cage soon!!!!”

One of the fans also doubted that this post was done by Britney and wrote, “No this can’t be Britney writing this?” One of the netizens pointed out her language and mentioned, “What’s with all the swearing these days… Britney never had a vulgar language like this..” Here is a look at how netizens reacted to Britney Spears’ cryptic Instagram post. 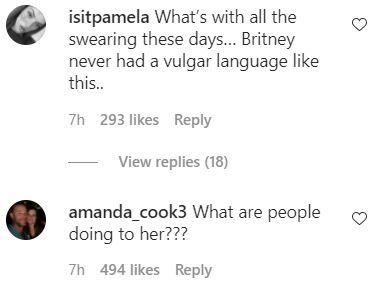 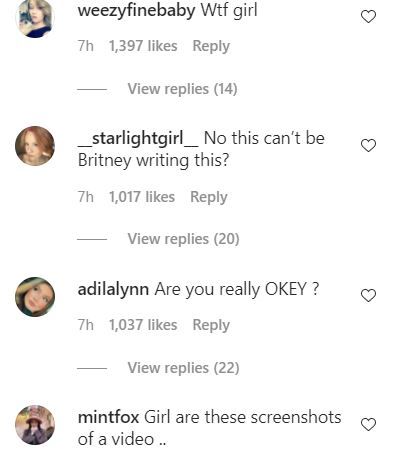 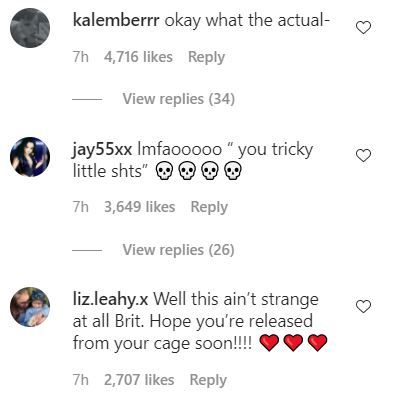 In the caption, she made a reference to her famous performance at the 2001 MTV Video Music Awards. It is one of the most popular Britney Spears' videos till now. She had performed her single I’m A Slave 4U with a live python around her shoulders.

According to a report by news.com.au, Britney is all set to appear in court in regards to her longstanding conservatorship case. She will be addressing the court directly on June 23. She has been managed by a controversial conservatorship since 2008. Earlier in April, she had requested for her father’s conservatorship to be removed.