Hollywood singer, Britney Spears, recently shared a few posts on her Instagram handle featuring an entirely new hair colour on herself. See below. 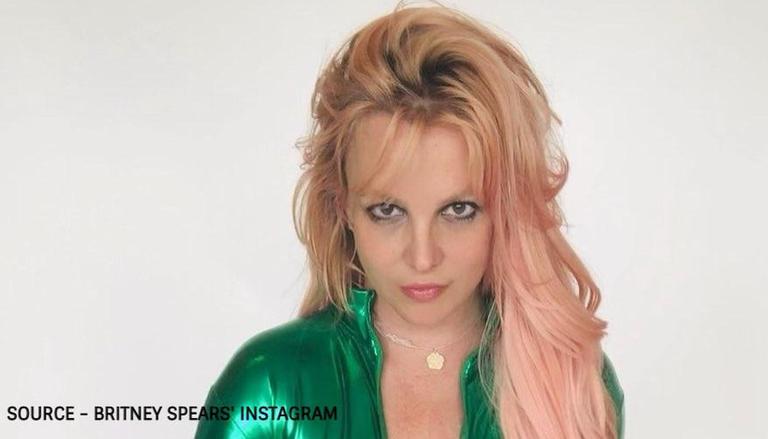 
Hollywood singer, Britney Spears, surprised fans with her latest hair makeover. The legendary artist recently took to Instagram to share with fans her new makeover, and it looks like Britney has ditched her blonde locks for something 'brighter'. The songstress shared a few videos featuring her new hair on Instagram, however, her most recent post features several photos and a long caption about her new pink hair.

She started off the post saying, "No this is not a hair commercial … it’s the first time I’ve colored all of my hair a bright color" adding, "I did as many hair flips that I could!!!! Pink is hot if I do say so myself!!!!". The singer then went on to talk about how she has copied Sarah Jessica Parker's hair from Hocus Pocus and absolutely adores it. She also went on to talk about the film, telling fans she was only 11 years old when it released.

Spears also wrote about how Sarah Jessica Parker "had it right before Sex And The City" and that it's "all about the hair and the heels, people!!!!". She also spoke about how when she went for the movie she wanted to wear "red lipstick" but her mother didn't let her and so she ended up wearing lipgloss instead, after which she added, "I should have worn red lipstick!!!!".

Britney ended her long caption with a post-script about actress and singer, Bella Thorne. She wrote, "PS why do I feel like I’m @bellathorne’s twin with pink hair?!?!?!". Britney can be seen wearing a full-body cheetah print suit in the photos. Take a look at Britney Spears' Instagram post below.

Britney Spears' hairstylist, Dimitris Giannetos, told Page Six in an interview about how Britney was extremely fond of switching the colour of her hair from time to time. Giannetos also mentioned how he was the one who suggested that the singing diva should go for pink hair. He then explained how this was because he believes that the colour goes perfectly with her skin tone and personality.

READ | Britney Spears missed last year's Halloween, makes up by dressing in a catsuit in May