Britney Spears' Fiance Sam Asghari Reacts To End Of Her Conservatorship: 'History Is Made'

While Britney Spears is celebrating her "Best day ever," her fiance Sam Asghari is also standing in her support. Here is how Asghari reacted to the same. 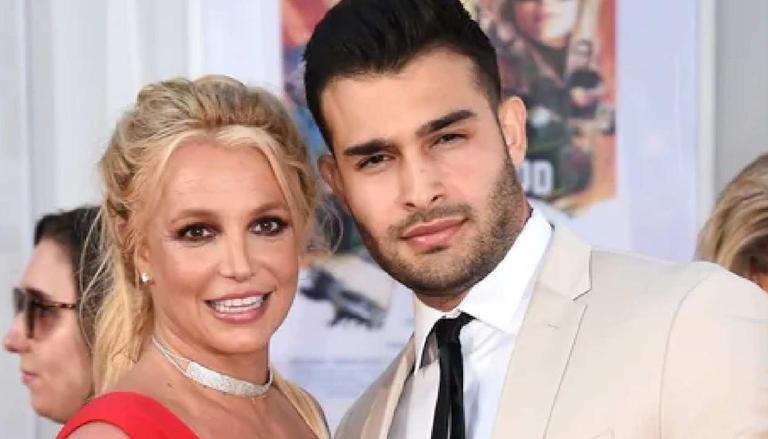 
After being controlled over for almost 14 years, Friday, November 12, marked the biggest victory of Britney Spears as she was finally released from her conservatorship. While the pop icon has been celebrating her "Best day ever," her fiance Sam Asghari is also standing right beside her for her support. Here is how Sam Asghari reacted to Britney Spears' victory over her conservatorship battle.

Sam Asghari has been supporting his singer fiance ever since she filed a case against her father Jamie Spears claiming he was an abusive conservator. Professional trainer Sam Asghari was seemingly delighted about Britney's victory. Taking to his official Instagram handle, he shared a snap of a pink box with "FREEDOM" written on it. He wrote, "History was made today. Britney is Free!" Britney Spears fans, who have supported her throughout her battle reacted to the post and showered their love for the Criminal singer.

Britney Spears reacts to her victory

Britney Spears was recently freed from her conservatorship battle for over 13 years as a judge in Los Angeles court announced the termination of her guardianship. The judge said, "As of today, the conservatorship of the person and estate of Britney Jean Spears is hereby terminated." While Britney did not attend the court's hearing, her fans were there to support and cheer for her. Taking to her social media handles, Britney Spears shared a video of her fans cheering for her and dancing to her songs. Sharing the clip, the singer wrote, "Good God I love my fans so much it’s crazy !!! I think I’m gonna cry the rest of the day !!!! Best day ever … praise the Lord … can I get an Amen ????"

READ | Britney Spears gets a hilarious reminder from 'fiance' Sam Asghari; read on

Sometime before Britney's final court hearing, Sam Asghari took to his Instagram to share a selfie of himself wearing a t-shirt that read "#FREEBRITNEY It's a human rights movement." He also had their dog wear the same t-shirt. The trainer also shared a boomerang of Britney herself wearing that t-shirt. The caption read, "Loading..." referring to Britney's victory. What is Britney Spears' conservatorship?

Britney Spears was under the conservatorship of her father Jamie Spears since 2008. The conservatorship refrained the pop icon to make any life decisions or using her multi-million wealth. Her father had major control over her life. In June this year, the singer reached out to the court to release her from guardianship and give her life back In September, Jamie Spears was removed as a conservator, which marked Britney's biggest victory in her legal battle.

READ | EXPLAINER: Britney Spears' conservatorship, and its endgame
READ | Freedom from court could be imminent for Britney Spears