Britney Spears took to her Instagram to share rare pictures of herself in a neon bodysuit. She mentioned that she has never done this before. Check it out. 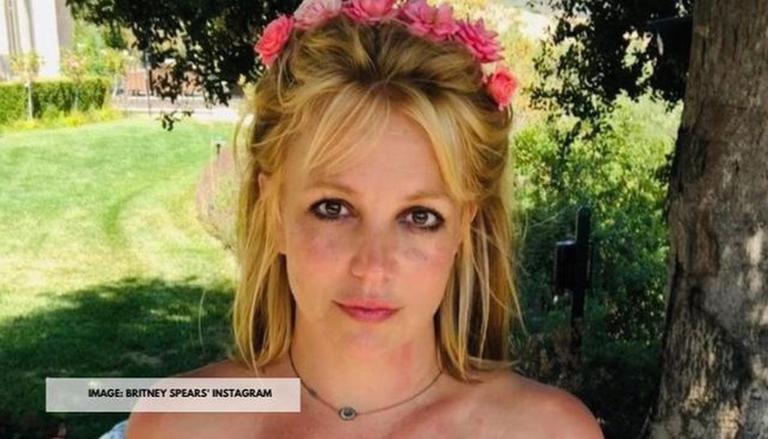 
Singer Britney Spears recently took to her Instagram account to show her new side. She shared a bunch of pictures with her 30 million followers where she is wearing a neon bodysuit and a black furry coat. Along with the bodysuit, she wore white leather boots and minimal makeup and her new pink strands. In the caption, she mentioned that she did something she has never done before.

In the first picture, she can be seen biting her hand and posing for the camera. This was followed by a close-up picture, where she has covered half her face with the coat. In the last two pictures, she can be seen walking away from the camera. In the caption, she wrote, "YELLOW  !!!! I know ... pix are a little blurry but my phone kept moving around soooo that’s why  !!!! I took these yesterday for fun  ... I never show my a** on Instagram and no ... I'm not wearing a thong  !!!! Oh well ... here's my a** ladies and gents !!!! Enjoy !!!!" Fans flooded the comments section with words of appreciation for the singer and her dress. Have a look at it.

This post was followed by an Instagram reel where the singer can be seen dancing to the song Kiss by Prince. In the caption, she wrote, "As @JuliaRoberts says in Pretty Woman ... don’t you just love @Prince". Check it out.

Framing Britney Spears is still talk of the town and various celebrities have come forward to talk about how they have faced similar situations as the singer. The documentary is directed by Samantha Stark and produced by Jason Stallman, Sam Dolnick, and Stephanie Pries. It revolves around the initial days of the singer where she was targetted by the media and also included her highly-publicized breakdown in the year 2007. Britney Spears' conservatorship which is being overseen by her father James "Jamie" Parnell Spears was also part of the documentary. The singer is currently fighting with her father in court to take over the conservatorship.

READ | Britney Spears almost got the role of Allie in The Notebook, reveals casting director