Bruce Springsteen joined hands with American rock band The Killers for a remake version of their 2008 song A Dustland Fairytale. Check out the new song here 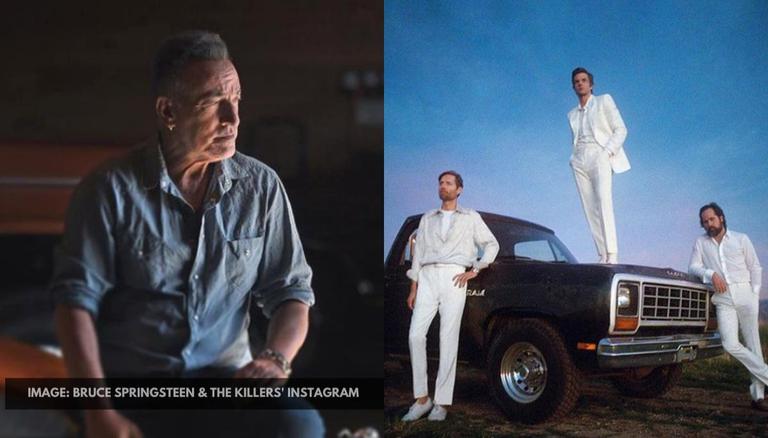 
"The Boss" Bruce Springsteen and American rock band The Killers recently joined forces to record a new version of the latter's song A Dustland Fairytale, which had originally released back in 2008. The newly-released version of the emotional song, titled "Dustland", was released by the seven-time Grammy Award-nominated band at midnight on June 16, 2021, on their YouTube channel as well as various music streaming platforms ahead of their live performance together on The Today Show. Dustland is said to be Bruce's favourite The Killers' song, which was written amid band member Brandon Flowers' mother Jean Flowers' battle with cancer.

Ever since The Killers announced their musical collaboration with Bruce Springsteen on a new version of their popular A Dustland Fairytale song, there has been quite some buzz around the collab on social media. Now, the highly-anticipated track, Dustland, has finally been dropped by the rock band today. Ahead of the song's release, the official Instagram handle of The Killers shared a heartfelt note penned by Brandon Flowers about how Bruce reached out to him via a text message back in February 2020.

The lead vocalist of The Killers revealed that the 71-year-old texted him a sweet review of The Killer's Glastonbury performance. Brandon also shared that although the COVID-19 pandemic shut down touring, it opened a window for the band's unlikely collaboration with The Boss. He wrote, "Before I really became a fan of his (Bruce Springsteen) I was in the business of stadium-sized everything. Larger than life EVERYTHING. Certainly larger than the lives of Jeannie and Terry Flowers." The 39-year-old continued writing, "Bruce has written a lot about people like my parents and found a whole lot of beauty in otherwise invisible people’s hopes and dreams. Their struggles, and their losses." He added, "I'm grateful to him for opening this door for me. I'm grateful to my parents for their example to me. Now go find something new out about your dad, give your mom a big hug, and for god’s sake listen to Bruce Springsteen."

Check out The Killers and Bruce Springsteen's 'Dustland' song below: