A report has been filed against BTS's youngest member Jungkook to the Fair Trade Commission after he was accused of practicing backdoor advertising. 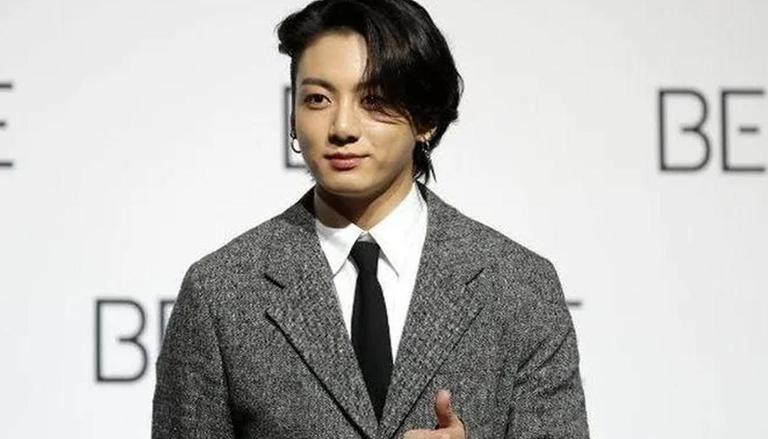 
A report has been filed against the South Korean boyband BTS's youngest member Jungkook to the Fair Trade Commission after he was accused of practicing backdoor advertising.

Recently, a netizen has filed a report to the Fair Trade Commission against the Grammy-nominated singer claiming that he had a stake in the stocks for the company Six6uys, yet the singer worn the shirt on broadcasts without explicitly stating so. The netizen has alleged that the move could result in a manipulation of the profits given his influence on consumers. The netizen in the complaint stated:

Six6uys launched the clothing brand, Graffiti On Mind early September this year and Jungkook wore the brand’s shirt on broadcast. A few days later, he wore the same shirt in a different color in a selfie uploaded to Twitter and Weverse. BTS is a top boy group that represents South Korea and has an astronomical status. Even if Jungkook did not personally share a review of the product or ask fans to buy it after uploading the photo to social media, just by giving the brand exposure often, he could cause a raise in the profits beyond imagination. As such, this is an incident that could detriment a fair and free market and this is something that the Fair Trade Commission also strictly prohibits. I request that the Fair Trade Commission look into the matter carefully.

Ever since the accusation was made against the BTS's Jungkook, the ARMY has been urging Big Hit Music Labels to protect him. In no time, they started trending the hashtag 'Protect Jungkook' on Twitter to support him. One of the users wrote, ''Wait wait but Jungkook didn't say anything about the clothes he just wore his brother's clothes there is no proof of false advertisement I mean like really you just hatiting big time now #ProtectJungkook'."

While another wrote: ''Bighit should protect their artists! This is really getting out of hand. antis hating him n defaming him 24/7 for no reason. And no actions are taken. we have had enough. @BIGHIT_MUSIC  PROTECT JUNGKOOK!''

How can he falsely advertise ?!! Dude he hasn't even expressed a single comment abt his clothes in any of his Vlive 💜🙂 Guys let him be how he is !!! PROTECT JUNGKOOK #ProtectJungkook 😌 pic.twitter.com/EPC0l5njzj

wait wait but Jungkook didn't say anything about the cloths he just wore his brothers cloths there is no proof of false advertisement i mean like really you just hatiting big time now 😕😕 #ProtectJungkook pic.twitter.com/j5OGFRPrw3

Jungkook just wore a t-shirt it's totally his choice.He never told anybody to search up about this t-shirt & to buy it or never showed or talked about the brand. Some anti fans got the info & accusing him for the false advertising wow! LET'S PROTECT JUNGKOOK #ProtectJungkook pic.twitter.com/L6wusqPiml

Following his resignation from the post of president in his brother's company, the accusations on BTS's Jungkook was surfaced. According to a report from Korean outlet Biz Hankook, the singer was the internal director of his brother Jeon Jung-Hyun’s brand Six6uys. Established in May 2021, the young singer resigned from his post in September. Reportedly, the singer had taken to his social media to post a picture of him wearing a purple sweatshirt from the company which had resulted in his fans buying the apparel.

Meanwhile,  BTS recently collaborated with the British rock band Coldplay for their latest track My Universe. They also delivered an energetic performance at the Global Citizen Live concert.