BTS' 'Fake Love' has joined the band's one billion club on Youtube, making it their fifth music video to join the likes of 'DNA', 'Boy With Luv' among others 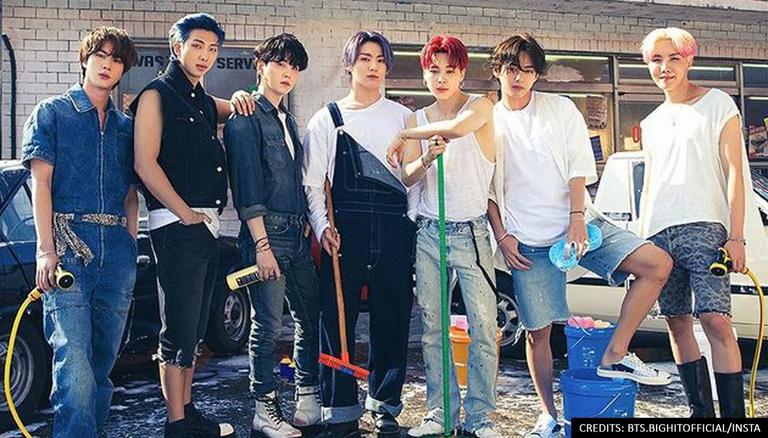 
South Korean K-pop band BTS seems to be on a record-breaking streak with each day bringing in new surprises for the band and their ARMY. In the latest instalment of their milestones, the Bangtan Boys' Fake Love music video has joined the one billion club on the Youtube platform. With this, BTS clocks their fifth music video, which is set to join the likes of DNA, Boy With Luv featuring Halsey, Dynamite, and MIC Drop (Steve Aoki Remix).

The Fake Love music video was released as the title track of their Love Yourself: Tear album on May 18, 2018, making it reach the 1 billion mark in about three years, three months, and 20 days. Only yesterday, the band's summer release Butter bagged the crown of 'Song Of The Summer 2021', Billboard reported. The song stayed on the top of the Billboard Hot 100 Charts for 14 weeks.

Fake love is a part of the Band's Love Yourself: Tear album, which helmed the billboard 200 charts' No 1 position for 15 consecutive weeks, making them the first Korean Band to do so. The recent milestone was achieved on Wednesday, September 8 around 5:10 AM IST. Apart from this, the K-Pop band also holds the record for the fastest Korean group music video to reach 1 billion views with Dynamite, at seven months and 22 days.

The music video revolves around the group of boys, as they are upset about not being able to come through in their relationships, despite trying several times and even cloning themselves to be someone they're not. The movie video is packed with incredible foot-tapping choreography, with an addictive soundtrack.

The Bangtan Boys' ON music video, from the band's fourth Korean-language album Map of the Soul: 7 also became their fourteenth music video to clock over 400 million views. The song, which was released last year showcases the band follow a tough choreography as they groove on catchy rhythms. With this, it joins the likes of Butter, Spring Day, DNA, Fire, Fake Love, Dope, Save Me, Mic Drop, Blood, Sweat and Tears, IDOL, Boy With Luv, Not Today and Dynamite.

The boy band has marked 8 years since their collaboration. The seven-member band is comprised of RM, Jin, Jungkook, J-Hope, Suga, V and Jimin. The boys have also made it to The Guinness World Records' Hall of fame, which has included  23 world records created by the K-Pop group.