Diljit Dosanjh is all set to release his new album, and the Indian BTS ARMY is speculating if his new album has some connection with BTS' leader RM's Mixtape. 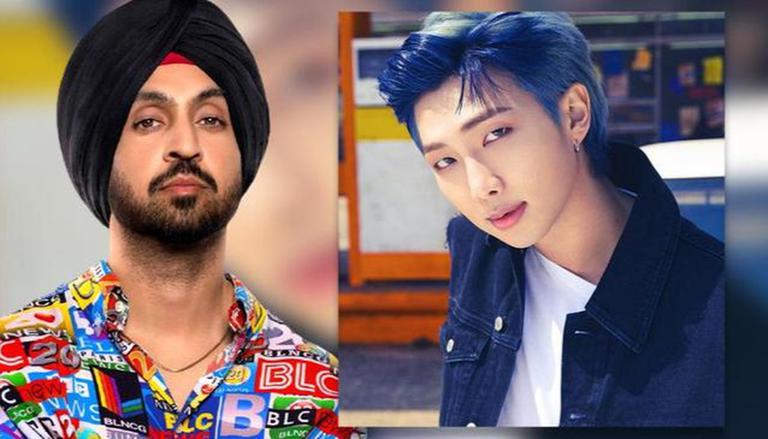 
Diljit Dosanjh has often made it clear that he is a fan of the South Korean boy band BTS. The singer follows the official handle of the band on Instagram and has praised their performance several times. Diljit Dosanjh is all set to release his new album, and the Indian BTS ARMY is speculating if Diljit's new album has some connection with BTS' leader RM's Mixtape.

In 2018, BTS' leader RM released his mixtape named Moon. Last month, Diljit Dosanjh teased the name of his upcoming album. The Good Newzz actor named his album Moon Child Era. He shared an Instagram post whose caption read, "It’s a New Era.. It’s a MOON CHILD ERA BRAND NEW ALBUM 💿 Hey Alexa - Are You Ready For #MoonChildEra 🌙". While Dosanjh's fans were celebrating and congratulating him for his new album, the ARMY speculated a connection between him and RM. An ARMY member commented on Dosanjh's post and claimed Dosanjh is a part of the ARMY. The fan wrote, "Even Diljit is part of the BTS ARMY 😂😂😂iykyk".

In April 2020, Diljit Dosanjh confirmed that he is a BTS fan and enjoys their live concerts. A fan asked Dosanjh on Twitter why does he follow BTS on Instagram. The fan wrote, "@diljitdosanjh M shocked App BTS ko follow karte hen. Can you please tell me which BTS song is your current favourite." Diljit Dosanjh replied to the tweet and wrote, "Live Stage Performance wadia BTS Dian .. Odan Samjh Kush Ni Aunda Mainu.. Live Concerts Da Mai Fan an", which translates to, "I like BTS' live stage performances. Although, I cannot understand their language, I am a fan of their live concerts."

READ | Diljit Dosanjh's hilarious take on 'Swag' and why it is healthy to have it; Read

In 2019, Diljit Dosanjh praised the South Korean band for their massive fan following. The G.O.A.T. singer tagged the official Twitter handle of the band and wrote, "@BTS_twt @bts_bighit They r Lit Insane Fan Following.." He further wrote, "RESPECT Respect entire Team #BTS". A fan replied to Diljit Dosanjh's tweet and wrote, "We purple you @diljitdosanjh @BTS_twt.. India is waiting for them". Several fans asked Dosanjh if he was also a member of the ARMY.