BTS' J-Hope who has been piquing the curiosity of fans with the concept pics of his next track Arson from the upcoming album Jack in The Box dropped the teaser. 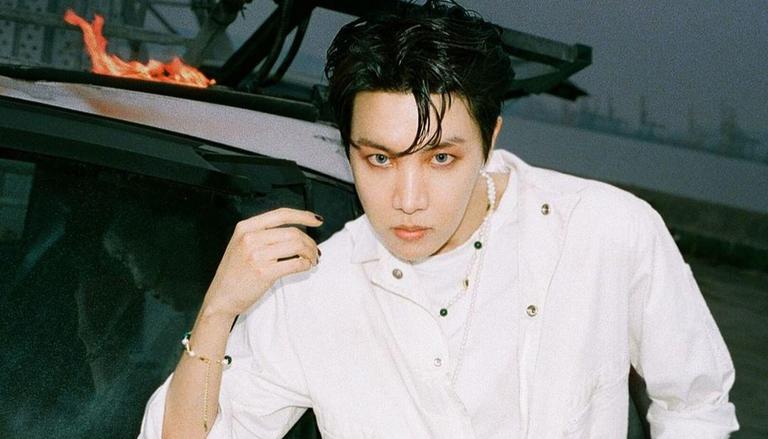 
BTS member J-Hope who has been piquing the curiosity of the fans with the concept pictures of his next track Arson from the upcoming album Jack in The Box dropped the teaser on Wednesday.  Going by the clip, it seems that the singer is all set to introduce his dark world to the fans through the new song.

The singer whose real name is Jung Ho-seok, will release the entire album on July 15. The singer's first More from the album is doing quite well. It has reached the top of the World Digital Sales Song Chart, the Spotify Global charts, and Billboard too.
While he is known as the dance leader of the band, his scintillating stage presence is something that just mesmerises his fans.

The teaser shows the burning of the cars in slow motion, coupled with the dark bass and the soulful voice of the singer which is sure to leave fans craving for the song and also his comeback. The song is expected to be out on July 15 at 9:30 AM IST.

After the teaser was released by BigHit music label, fans thronged on Twitter while expressing their excitement for the same. One of the users who is quite curious to watch the singer live once again wrote, "OMG!?!?? WE WILL GET J-HOPE COMEBACK LIVE !!!!!!" Another user shared a small clip from the teaser and wrote, "ARSON BY J-HOPE & BURN IT BY SUGA," long with fire emoticons. A third user shared the singer's looks from the concept photo and wrote, "JUNG HOSEOK FOR ARSON."

J-Hope will also be the cover star for W magazine Korea. They shared the teaser and fans gushed over his silver streaks. J-Hope became the first member of the band to announce his solo album titled Jack in the Box and recently announced the full tracklist of the album. The rapper took to his official Instagram and shared a swanky video clip that depicted the names of all the tracks from his latest solo album.

Jack In The Box' Tracklist