BTS' J-Hope On Grammy 2022 Performance: 'Members Were On The Brink Of Mental Exhaustion'

Rapper J-Hope recently candidly opened up about BTS' Grammy 2022 performance and talked about the members' condition ahead of the event. 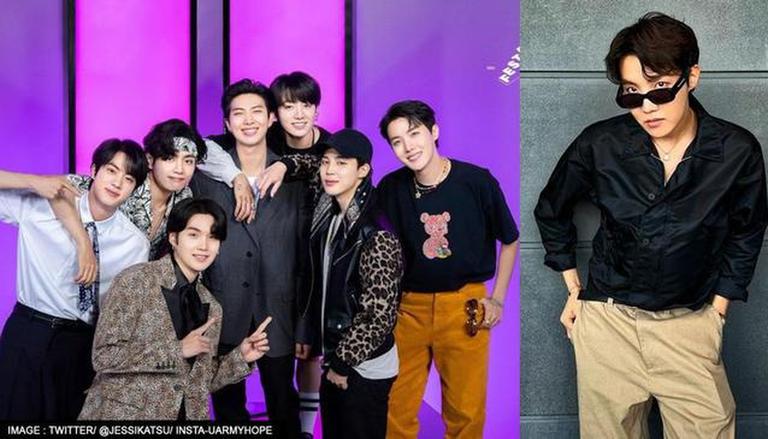 
Famed South Korean boyband BTS has a number of records and achievements to their name. Since their debut in 2013, the seven-member band comprising Jin, Suga, J-Hope, RM, Jimin, V, and Jungkook climbed the success ladder with every album release and established themselves as global artists. They also scripted history by becoming the first and only K-pop artist to perform at the Recording Academy award show.

The achievement was too great to take in as recently, rapper J-Hope revealed that the members were on the verge of 'mental exhaustions' ahead of their performance. Furthermore, the 28-year-old rapper was diagnosed with COVID-19 and was compelled to join his band on a later date in Los Angeles for practice. Moreover, another member Jin had recently sustained an injury to his finger.

In an interview with WeVerse magazine, J-Hope described the septet's performance as 'an absolute whirlwind'. He revealed that he only got a day to practise the performance as he had tested positive for the deadly virus. ''I think making it to the Grammy Awards stage, under those circumstances, is what put me in the mindset I had for the performance,'' he revealed candidly.

''The other members were on the brink of mental exhaustion at that point, to be honest. Jin had injured his hand and practising was a challenge, but I knew there was no way I couldn’t be there, so while practising, I kept telling myself I have to do this no matter what, went over on the plane, rehearsed on location and somehow got it all together,'' the Chicken Noodle Soup rapper revealed.

READ | BTS: 'Yet To Come' breaks band's own record for biggest Spotify debut; trends in Top 3

many years could pass and my jaw would still drop at bts’ grammy performance pic.twitter.com/d1LqrORPun

The band's performance was lauded by the fans as the intricacy and complexity of the choreography had stunned the audience. A particular act where the members pulled off a difficult step including their jackets was deemed as the highlight of their performance by the fans. J-Hope admitted that 'it was a lot of pressure' psychologically.

He added, ''We were now at the Grammys and doing a performance similar to one we did shortly after we debuted. He also said that the performance was dedicated to the ARMY. ''We can pull that kind of performance off at the Grammys—we’re BTS!'' he concluded.

WE RECOMMEND
'Yet To Come' teaser 2: BTS drops individual clips of members from upcoming music video
BTS: V holds a rose, Jungkook teases melodious tune in 'Yet To Come' teaser; watch
BTS turns 9: Jungkook surprises ARMY with new song 'My You' on K-pop band's anniversary
BTS: 'Yet To Come' breaks band's own record for biggest Spotify debut; trends in Top 3
SEVENTEEN joins BTS as only K-pop artists to achieve massive feat with 'Face The Sun'