BTS’ Jimin's new photoshoot for Butter teaser caused the luxury brand Alexander McQueen to sell out the necklace that the singer is wearing. Check it out 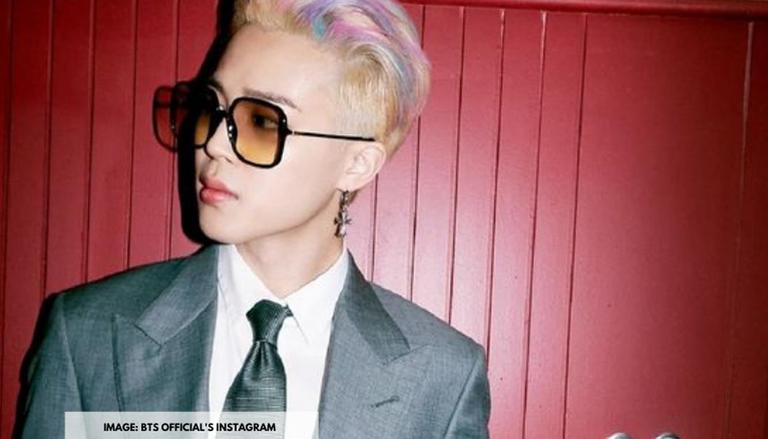 
BTS’ Jimin has been ranked number one in brand value rankings for twenty-nine months straight. Recently, he caused a luxury brand company to sell-out one product all over the world. In the recent Butter teaser, Jimin was seen wearing a chunky chain necklace. Read further to know how his influence caused the company to sell out the chain.

BTS’ Jimin causes a company to sell out their luxury chain

With their new summer song coming up, the band released the Butter teaser. Jimin was spotted wearing a chunky chain necklace from the English luxury brand 'Alexander McQueen', which is priced at $890 (1 million won KRW), as per allkop.com. After the release of the picture, the luxury brand went out to sell all of the Alexander McQueen necklaces from their stores. Despite the high price, the necklaces went out of stock within no time.

In the picture shared by the official Instagram account of the band, Jimin is seen sporting colourful hair with a base of blonde. He is wearing a white frill collared transparent shirt. He is loaded with pieces of jewellery. The one thing that captured the Army's attention was the bold necklace. Earlier, Jimin has caused a $1,215 USD Louis Vuitton white-knit sweater, ~$1,365 USD USD cashmere sweater, a $966 USD necklace, and many other luxury brand products to sell out.

On May 1, 2021, Big Hit dropped a mysterious teaser poster from BTS' Butter, displaying a collection of photographs that contained things such as a camera, a piece of toast, a party popper, and yellow balloons. Following this, they dropped concept clips from the new track that featured all the singers in their new looks. Butter's release date is May 21, 2021. The new video song is a dance-pop track that the Bangtan Boys are known for. All members of the South Korean boy band BTS have changed their hair colours and while RM chose to dye his hair pink, Jin and Suga are rocking brown mullets, J-Hope and Jimin have platinum blondes, V permed his brown hair and Jungkook has now gone purple.

READ | BTS’ Jimin talks about clashes among band members; 'so many I couldn't possibly list'
READ | When BTS' V fought with Jimin over dumplings; here's what actually happened