BTS' Jin: 'I Don’t Think There Really Was A Moment When I Felt I Had Arrived As A Singer'

BTS' Jin recently revealed that he has to take more efforts in polishing his singing and dancing skills compared to other members as he was an acting student. 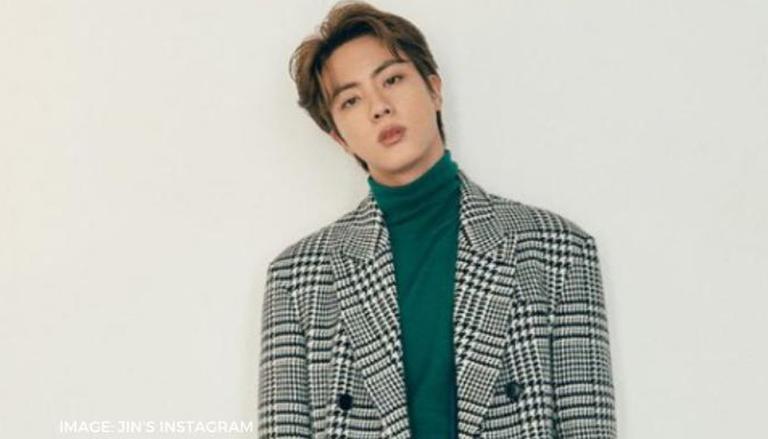 
Kim Seok-jin aka Jin of BTS is a part of one of the most popular K-pop bands in the world and often receives a lot of love and praises for his singing and dancing performances. In a recent interview, BTS' Jin explained how he cultivated his formidable skills and revealed that he has to make more efforts than other BTS members to polish his dancing and singing skills.

In Rolling Stone‘s interviews with each of BTS’ seven members, Jin admitted that since he was an acting student it took a lot of effort for him to nail the complex dance routines as he has had no prior experience in both singing and dancing departments. Stating it was true then and it is true now, the BTS star shared it takes him more effort to do the things that may come naturally to the other BTS members.

BTS' Jin further added that he tries to work harder so that he does not hold back the other bandmates or be a burden on them. He shared, "I would come to dance practice an hour early, or after the practice was over, I would stay behind another hour or so, and ask the teacher to go over the choreography one more time."

Sharing that he hasn't mastered singing yet, Jin said that he does not think there has been a moment yet where he felt that he has arrived as a singer. Talking about cultivating his skills to match up to his bandmates, Jin shared that after he started touring he realised that he is able to communicate with his audience be it with his performance or his singing.

A look at Jin's songs

In the interview, Jin revealed that he felt sad and down while writing the lyrics of his song Abyss and shared that the process of actually singing and recording the track alleviated a lot of those emotions in him. Talking about his other song Moon which is more in the rock genre, Jin revealed that he welcomes the change and will not refuse any rock style songs that come their way.

When asked how he feels about not being on tour for a while now amid the pandemic, he shared that he and the other band members felt a sense of loss and a sense of powerlessness, and it took a long time for them to get over those feelings. He shared that being off the road for a year gave him a chance to reflect on himself and he spent his time sleeping, exercising, playing games, watching movies and singing.

On the work front, the Bangtan boys are gearing up for the release of their upcoming English single Butter which is slated to release on May 21, 2021. Big Hit Entertainment recently dropped a teaser photo from their single Butter which made the entire BTS Army go crazy with excitement.