Ever since the Super Tuna challenge was created, 'Sorry Jin' is trending on Twitter with over 16 thousand tweets. Here is why BTS ARMY is apologising to Jin. 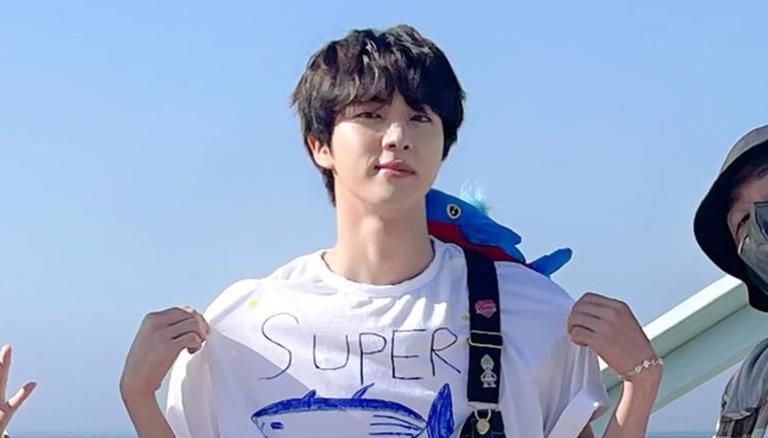 
South Korean boy band BTS' member Jin's 29th birthday was not only a celebration for the band but for their entire fan ARMY. The singer surprised his fans by releasing his song Super Tuna on his birthday. In return, the ARMY created a new 'Super Tuna Challenge' on the social media platform TikTok. Ever since the new challenge was created, 'Sorry Jin' is trending on Twitter with over 16 thousand tweets. Here is why the ARMY is apologising to Jin.

Kim Seok-jin received a plethora of heartwarming wishes two days ahead of his birthday on December 4, 2021. Moreover, during the last day of their Permission To Dance On Stage Concert in California, Los Angeles, ARMY paid a heartfelt tribute to the senior-most singer of the group by making an ocean of moon, the cover of Jin's track Moon, through their phones. As a return gift to his fans, Jin released a solo track Super Tuna on his birthday. ARMY did not take much time in creating a TikTok challenge out of it which became overwhelming for Jin to take it.

Seeing a flood of videos of people taking up the BTS Jin Super Tuna challenge, Jin took to his Weverse handle to tell fans that he did not plan the challenge. The singer wrote, "No, guys, don't do a Super Tuna challenge that I didn't even plan. No, I'm so embarrassed," in Korean. Reacting to Jin's response, BTS ARMY flooded Twitter with apologies to Jin, saying they cannot stop the challenge as they love it. A fan wrote, "Sorry Jin, but I can't get enough of this song and your hip movement," while others became a bit creative while taking up the challenge.

WERE SORRY JIN BUT ITS TOO LATE🐟 pic.twitter.com/lErYmVDqRK

Sorry Jin, but I can't get enough of this song and your hip movement 😫👇 #SuperTunaByJin pic.twitter.com/IKsJAG0cQm