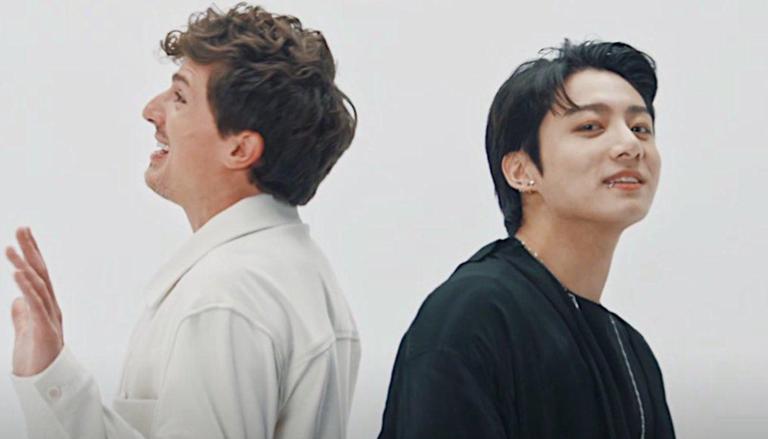 
BTS' Jungkook and Charlie Puth's latest track Left And RIght is surely ruling fans' hearts and playlists. The song marked the debut collaboration of Charlie Puth and a BTS members as it came out a few weeks after the South Korean band's new album Proof. The track was released last month and began topping several global charts. Here is how the song is performing on various Billboard charts.

On Tuesday, July 5, Billboard announced that Jungkook and Charlie Puth's Left And Right has entered its Hot 100 chart at number 22, Billboard's famous weekly ranking of the most popular songs in the US. The track also marked the highest debut on the Hot 100 chart this week.

Left And Right is also in Billboard's several other charts at the global level. The song has ranked number 2 on the Global Excl. U.S. chart and number 5 on the Global 200 chart. The song has tied BTS' record of the highest-charting solo song on both charts.

It also marks the highest rank on the charts by any solo BTS member in a lead role. Moreover, Left And Right's debut on the Global Excl. US chart marked Charlie Puth's first top 10 ranking and Jungkook's second. The song also tied BTS' Suga and PSY's That That which ranked at number 2 for the highest-charting solo GLobal Excl. US entry for a member of the boy band.