As glimpses from the BTS LA concert are coming on social media, it showed how the BTS leader, RM gave a powerful speech for the Army. Watch. 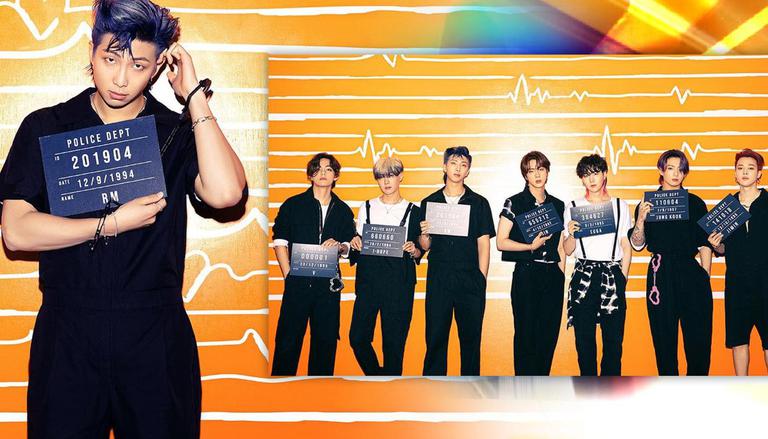 
As the BTS Army is thoroughly enjoying the BTS' Permission to Dance concert at the SoFi Stadium in LA, they have been sharing videos and photos from the live event. One of the latest videos recently revealed how the BTS band leader, Kim Namjoon, popularly known as RM, gave an amazing speech for the fans.

BTS Permission to Dance concert will be held for four consecutive days in Los Angeles while the other details have been mentioned below. Read on.

One of the BTS Army members recently took to Twitter and posted a video clip in which the BTS boy band leader, RM can be seen addressing the crowd with his powerful speech. He began by stating how he was thinking while sitting on the bus that he will definitely miss this moment in his 40s, 50s and 60s. Adding to it, he addressed the Army and said that their fans were proof of their existence, their value, their breath, their love and peace and hailed that they were their proof. RM further said that the BTS band were the 'bullet' while the Army was their 'proof' which makes their connection 'Bulletproof.' Watch the full video-

How to live stream BTS concert?

It will be disappointing for all the fans to know that the BTS LA concert will be an offline concert held at SoFi Stadium at 7:30 p.m. PST/ 10:30 p.m. ET on November 27, 2021. However, on the fourth day of the four-day schedule, ARMY can live stream concert. on the provided link- https://venewlive.com/concerts/bts-ptd-onstage-la/#/

WE RECOMMEND
BTS' Concert Live Stream: How to watch BTS Permission to Dance on Stage Concert Live
BTS officially applies to defer military service: How does their future depend on it?
BTS' RM reacts to James Corden clarifying the joke that got him in 'hot waters' with ARMY
As BTS' RM faces 'worst day of 2021', ARMY rushes for his help; here's what happened
BTS' Suga gives low-key appearance at football match; ARMY spots him in viral pics; See
Listen to the latest songs, only on JioSaavn.com