BTS RM Defends ARMY Over Allegations Of Chart Manipulation, Says 'we Are An Easy Target'

In response to the allegations in the BTS Billboard article, BTS leader and rapper RM defended the ARMYs and said that the band was an easy target. 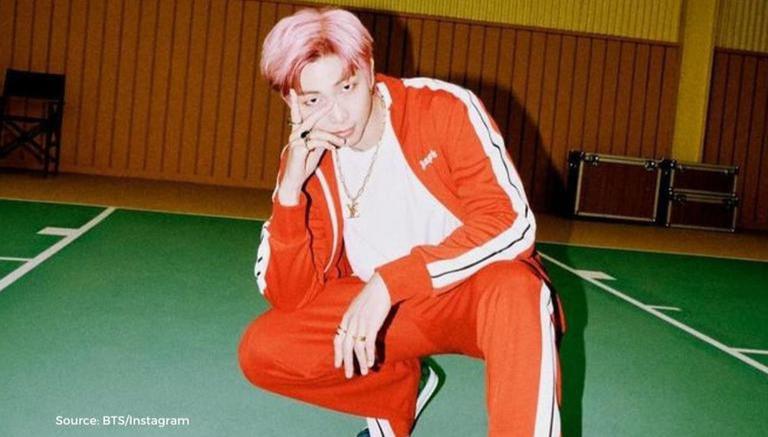 
K-pop boyband BTS has been dominating the US music scene with album after album and song after song. Their latest releases- primarily English tracks- have gone on to break records helping the septet sit atop the Billboard Hot 100 for ten consecutive weeks. Amidst this, fans of American pop singers have hit out at BTS' loyal fanbase- ARMY, accusing them of manipulating the numbers by mass buying and streaming of charts.

The controversy came to the fore after Billboard Magazine's cover story carried allegations of chart manipulation against the K-pop boyband. In the article, fans of singers like Olivia Rodrigo and Dua Lipa have blamed ARMYs for 'cheating' and have claimed that the massive purchase of albums by ARMY, was behind the chart-topping performance of BTS songs. Both of BTS' English singles- Butter and Permission to Dance have stayed atop the Hot 100 main singles chart for a combined 10 weeks this summer.

In response to the allegations in the BTS Billboard article, BTS leader and rapper RM defended the ARMYs and said that the band was an easy target since it had such a high fan loyalty. “It’s a fair question. But if there is a conversation inside Billboard about what being No. 1 should represent, then it’s up to them to change the rules and make streaming weigh more on the ranking," he said.

READ | When BTS' Jimin kicked V out of room after latter saw nightmare; here's what happened next

"Slamming us or our fans for getting to No. 1 with physical sales and downloads, I don't know if that's right. It just feels like we're easy targets because we're a boy band, a K-pop act, and we have this high fan loyalty," BTS RM added.

Meanwhile, it seems like BTS Butter Remix will also follow the footsteps of Butter and Permission to Dance and will soar up the charts. The highly-anticipated collaboration between K-pop sensation BTS and Grammy award-winning artist Megan Thee Stallion is out. HYBE Labels dropped the official video of BTS x Megan Thee Stallion Butter remix on Friday giving their smashing summer hit a new feel. Since its release on Friday, August 27, the remix version has already garnered 17 million views. Check out the BTS Butter remix here.