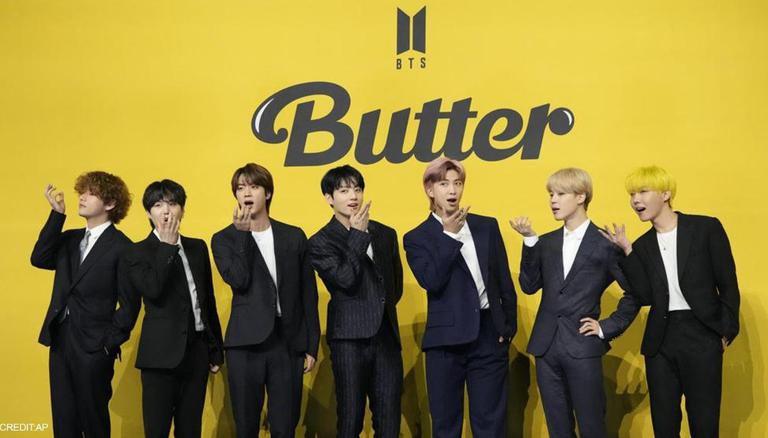 
BTS is one of the most loved K-pop bands in the world, having numerous successful songs and albums on their list. As they recently dropped in their latest music video, Permission to Dance, they gathered together and posted a video of themselves having an intriguing discussion on the same. The BTS members also spoke about how they broke the prejudice of only featuring themselves in their music videos.

BTS on their latest song Permission to Dance

The official BTS YouTube channel, Bangtan TV, recently posted a video clip of the band members where they were seen watching their latest Permission to Dance music video together. The BTS members, namely RM, Jin, Suga, J-Hope, Jimin, V and Jungkook, opened up about using sign language in the video along with other interesting additions to it. Speaking about the sign language used in the video, J-Hope stated, “The use of sign language is also very significant," to which V added how "The sign language part was very meaningful." As they watched more of the video, another member from the group, Jimin, demonstrated the gestures used in their dance moves and made the signs for ‘dance’, ‘fun’, ‘very happy’ and ‘peace’.

Later in the video, Jimin expressed his happiness on the release of this song and stated, “Out of all of our music videos, this MV is the first that made me this happy. Our MVs were always fun to watch but I think it didn't make people joyful." Adding to it, RM revealed, “I think we broke the prejudice that others aside from us don't appear in our music videos. I think we broke that prejudice."

Further, all the members recalled how one of their fellows, Jungkook, had reached the sets two hours early to shoot a specific scene. Later, J-Hope spoke about breaking the prejudice in their music video and stated, “This music video is meaningful because there were ordinary people featured in it" and revealed how they were the bodyguards, stylists, managers, light men, and others.

BTS released their new song Permission to Dance that is a part of the K-pop band’s single Butter. The band collaborated with Ed Shereen for their song while the song was written by Johnny McDaid, Steve Mac, Ed Shereen and Jenna Andrews.