Recently, in an interview with the Korean magazine, Weverse, BTS' Suga called out music labels who treat South Korean artists as "products". 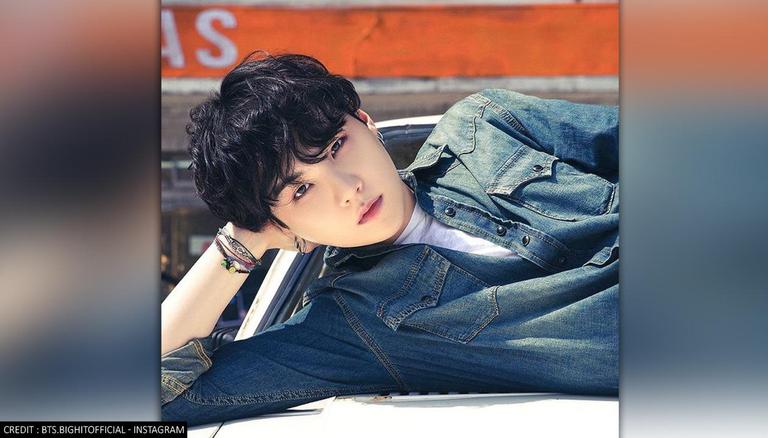 
BTS' Suga called out music labels who treat South Korean artists as 'products' in an interview. Talking to the Korean magazine, Weverse, the K-pop idol has shared his thoughts about the music industry in South Korea. The rapper talked about several music labels asking singers to perform tasks without giving them any proper explanation or briefing.

BTS' Suga called out music labels for treating them as 'products'

In the conversation with Weverse magazine, BTS member Suga praised his agency for listening to the artists' opinions. Suga believes the artists and his agency know what kinds of activities would be 'best commercially' but the question is whether one's body can endure it or not. He said that fatigue builds up as one continuously does promotional activities, it is hard to do them the way the artist did when he/she first made his debut. In such cases, Suga thinks that the music label oughts to 'actively accommodate the artists' opinions about what they can and cannot do.

The international rapper added that an attitude like 'Oh, we made you kids, and as long as you just do what we tell you to, it will all work out, so just do it', does not make sense. Suga said that there could be situations where the music label has to be 'pushy' like that but he has heard there have been times where a label would simply ask the artists to perform 'without any explanation' or will ask, 'Why are you talking so much?'. The K-pop idol added that he thinks that is the biggest issue and it is 'destroying' the music industry.

Suga was questioned if a label sees the artist as a product, how can they do anything creative. He believes that it is "very contradictory" to ask the people on stage to put on an 'enjoyable performance' when they are experiencing neither fun nor enjoyment in their real lives. Suga stated that an artist's work is 'difficult' and there are improvements that need 'to be made to the music industry and its system'.

READ | BTS' Jungkook on 'Dynamite': 'wasn't fully satisfied' as he 'couldn't express everything'

Suga made his debut as a rapper with the Bangtan Boys in the year 2013. Since then, he and his fellow BTS members- RM, J-Hope, Jimin, V, Jungkook, and Jin have delivered several record-breaking songs. For his solo, the international rapper has also joined hands with a few artists on his own.

Currently, the South Korean boy band has been busy with its new music release. BTS has recently launched two new tracks- Butter and Permission to Dance. The songs have topped the Billboard Hot 100 chart and several other charts. The group has promoted the songs on a few talk shows such as The Tonight Show With Jimmy Fallon this year.