BTS' Suga On Negative Emotions: 'It Is Almost Like Cold Weather And It May Come Back'

BTS' Suga, in an interview with Rolling Stones, talked about depression and negative emotions. He described it as the cold weather which may come back anytime. 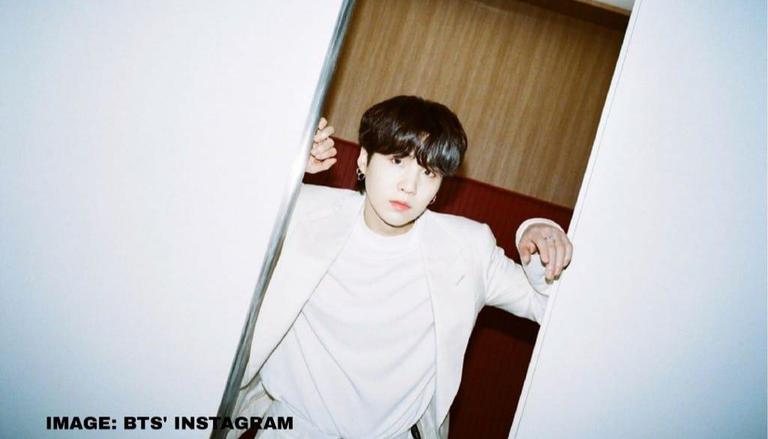 
On May 19, 2021, BTS' Suga recently opened up about his depression and struggles in his lyrics. The South Korean singer, in an interview with Rolling Stone, shared that he is comfortable now and feeling good but the negative emotions come and go. He revealed that it is almost like cold weather and it may come back in a cycle over a year or a year and a half. BTS' Suga also said that when his fans and followers listen to his music and feel comfort and console by the lyrics that express such dark emotions, it makes him feel good and encouraged.

Suga added that he believes these negative emotions are not something that need to be hidden but need to be discussed and expressed. He continued that whatever emotions he feels, he is always ready to express them now as earlier. Suga said that his parents did not understand rap and they never listened to rap as they are a generation apart.

The Bangtan Boys member explained thus it was natural for them to be against what he was doing. He continued that he understands that being a musician is an unstable profession but that motivated him and helped him to work harder because there was something that he had to prove. He further continued that he had to show his parents that it was possible.

BTS' Suga expressed the good, bad, bitter things in First Love, which featured on BTS' sophomore album titled Wings. In the song, he also professed his love for music. But his parents were not always on board with his music through rapping. Even then, the 28-year-old singer continued to stay motivated and produced more songs. In 2016, when releasing his debut mixtape, Agust D, Suga temporarily detached himself from his K-pop icon status and dove into psychiatric treatment. The singer shared that he felt grateful as the BTS members and the ARMY stuck with him through the tough time since many fans tell him that they relate to his emotions he expresses freely in his music.

Meanwhile, the list of popular BTS' Suga songs includes Give It To Me, Tony Montana, Interlude; Dream, Reality, Seesaw, Interlude: Shadow, and many others. Currently, BTS is gearing up for the release of its upcoming single, Butter. The song will be releasing on May 21, 2021. It is a dance-pop track catering to the smooth yet charming way the BTS members are popular for. Butter is the second English song after Dynamite, which released in 2020.

READ | Suga's Quiz: Answer these questions and find out how well do you know BTS' beloved rapper